At this critical time, when the Kimmel Cancer Center’s discoveries in immunotherapies are having unprecedented success, two Johns Hopkins champions have once more stepped up to the challenge and are providing essential funding to help ensure we realize the full potential of the immune system’s ability to fight cancer.

Learn more about the Bloomberg~Kimmel Institute for Cancer Immunotherapy. 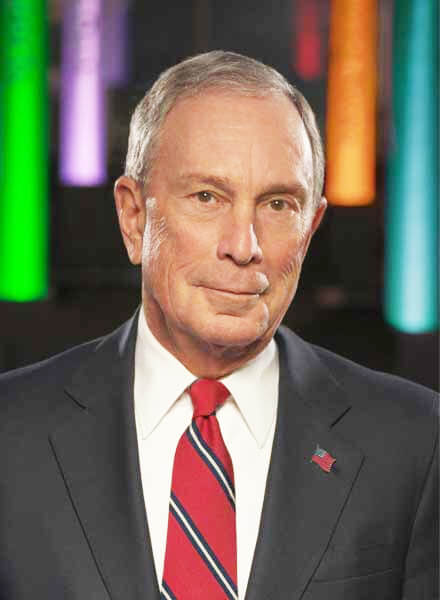 A self-proclaimed average high school student, Michael Bloomberg credits Johns Hopkins with sparking his interest in leadership and governance. He was president of his senior class and his fraternity, graduating in 1964 with a degree in engineering. His gratitude toward his alma mater started with a $5 gift made the following year.

When that $5 is added to all of the contributions the philanthropist, entrepreneur, and three-term New York City Mayor has since made to Johns Hopkins, it totals more than $1.5 billion—an amount believed to be the most by any living donor to an educational institution. Johns Hopkins University President Ronald Daniels calls his philanthropy “transformational.” It has aided scholars and scientists throughout Johns Hopkins and expanded collaboration across disciplines—a trademark of Johns Hopkins.

“Each dollar I have given to Johns Hopkins has been well-spent improving the institution and, just as importantly, making its education available to students who might otherwise not be able to afford it,” says Bloomberg, who served as Chairman of the University Board of Trustees from 1996-2002. “Giving is only meaningful if the money will make a difference in people’s lives, and I know of no other institution that can make a bigger difference in lives around the world through its groundbreaking research,” says Bloomberg. 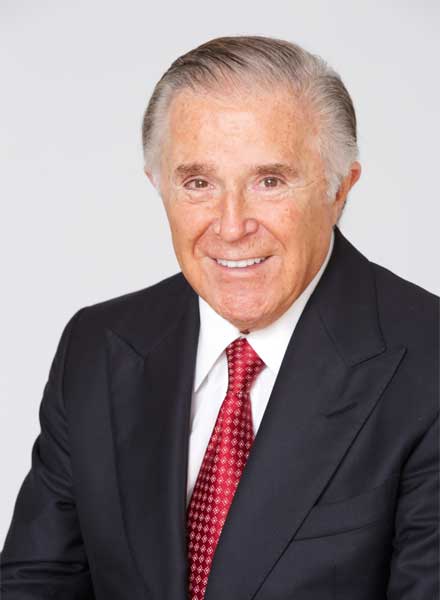 Sidney Kimmel was a child of the Depression era. His father, who had been a musician in a society band prior to the economic collapse, was unemployed for several years before taking a job as a cab driver. The family counted on quarters, dimes and nickels he received in tips. One day, however, his father received a $50 tip. His father gave $25 to a fellow cab driver who was struggling to support three children.

Kimmel suspects that’s when his desire to give was born. “His good heart and generosity inspired me,” says Kimmel. “At a time when his own family was desperate to put food on the table, he made the choice to give half of what he had away.”

His motivation to work hard and earn a living to help his family led Kimmel, by chance, to the women’s apparel industry. His dream was to have his own company, and in 1970, he started Jones New York and grew it to a multibillion-dollar business.

Kimmel has contributed more than $850 million to various causes, including the arts, education, and health and medicine, particularly cancer research and care. In 1998, he was the lead sponsor of The March: Coming Together to Conquer Cancer which helped capture an additional $400 million in government funding for cancer research. Three years later, he made a landmark gift to Johns Hopkins for cancer research and patient care, and the Sidney Kimmel Comprehensive Cancer Center was named in his honor.

“It takes more than dedicated researchers to make progress against cancer,” says Kimmel. “It also takes money.” He made his commitment to Johns Hopkins because, he says, “They are the best.”

“I think we all have a certain responsibility in life,” says Kimmel. “Mine is to help others.”