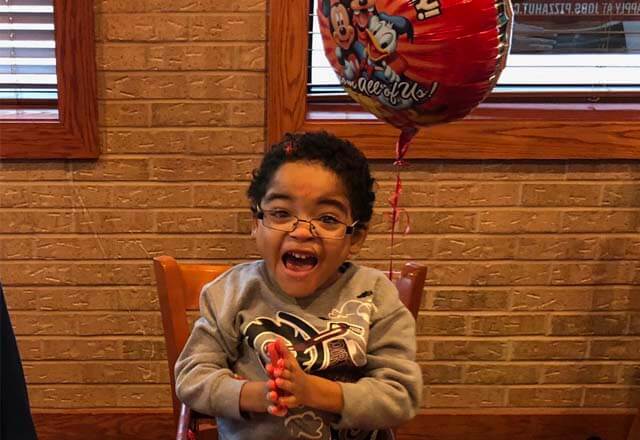 In Zaiden’s infancy, doctors at Johns Hopkins Children’s Center diagnosed him with underdeveloped kidneys. Because Zaiden was a child in the foster care system who was simultaneously receiving treatment, finding a permanent home for him proved difficult. He had only known doctors and nurses for his entire life. But according to his adoptive mother, Marie, that’s what made him so special.

“We came down to see Zaiden and we just fell in love with him. God put it in my heart to have this little boy,” said Marie.

While awaiting a kidney transplant, Zaiden was placed on multiple medications for his kidneys before starting hemodialysis. Marie brought Zaiden to the Children’s Center three times a week for dialysis.

Zaiden waited three long years for the perfect kidney, taking 14 medications in the morning, seven in the afternoon and 10 in the evening. Zaiden and Marie spent five days a week at doctors’ appointments, all in the hope that someday he would receive a much-needed kidney transplant.

On their way home after a usual day of dialysis, Marie received the lifechanging call: doctors found a kidney for Zaiden. Hours later, Zaiden underwent a successful surgery and received his new kidney. Zaiden would finally get to go home for good.

On May 15, 2015, Marie and her husband, Wes, received full custody of Zaiden. To date, Zaiden has had 25 different surgeries, but he is now a joyful, thriving 5-year-old. He attends preschool two days a week and will be starting day care soon.