Cole: A New Lease on Life 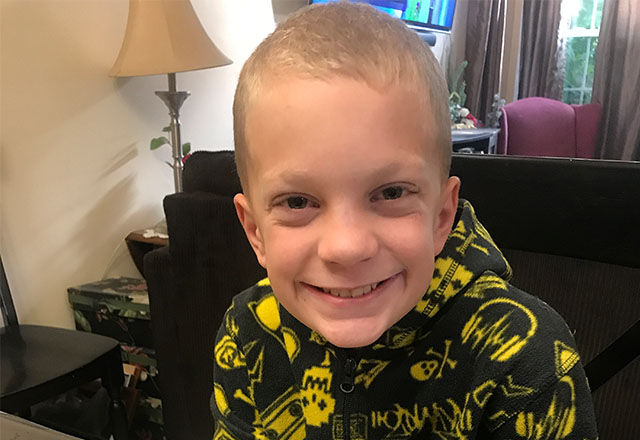 An average car ride with his grandfather turned into a life changing experience for 14-year-old Cole. While the boy was asleep in the back seat, his grandfather blacked out and lost control of the car, hitting a pole.

Immediately after the accident, Cole said his stomach hurt. He had not been wearing his seat belt correctly. Knowing something was seriously wrong and suspecting internal bleeding, paramedics transferred him to Johns Hopkins Children’s Center, where doctors confirmed the bleeding and diagnosed him with damaged kidneys, broken ribs and a severed intestine.

“I wasn’t wearing the diagonal part of the seat belt, so all the force went right to my stomach, which was less protected than my rib cage,” says Cole.

Cole underwent two surgeries to repair the damage. During the first operation, Pediatric Surgeon-in-Chief David Hackam repaired his intestine and closed his stomach. Although it was successful, Dr. Hackam would have to wait two to three days until the second procedure to place a correction between Cole’s stomach and intestine, and insert a g-tube and j-tube.

After the first surgery, Cole’s mother, Sara, immediately knew something was wrong. He wasn’t breathing properly. Cole suffered a collapsed lung — his doctors agreed he most likely had a pulmonary embolism and needed to be placed on extracorporeal membrane oxygenation (ECMO), a heart and lung bypass system that would provide oxygen to his body and hopefully allow his lungs to rest and heal.

“When you’re told your child has to go on life support, a slew of emotions goes through your head,” Sara says. “It feels so permanent, and you feel like you didn’t have enough time to teach them something or you didn’t have time to show them everything you wanted to show them.”

Cole eventually came off ECMO and underwent a successful second surgery. Although he missed his entire freshman year of high school, he had schooling at home and returned to school for his sophomore year with the rest of his class. Now 15, Cole has a new outlook on life and has been inspired to pursue a profession in the medical field.

“It’s amazing how much he’s come out of his shell since the accident,” Sara says. “Before, he was very introverted, quiet and shy. Now after, he’s like a brand-new kid.”