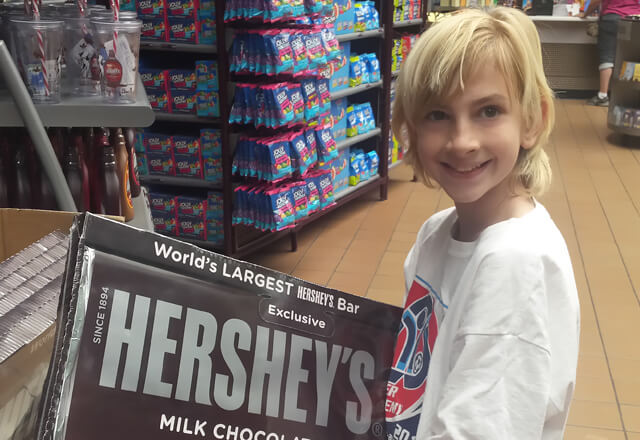 “I’m sorry I ruined your anniversary,” are the last words Brooke and Ken Jones heard from their son, Anderson, before doctors at the Johns Hopkins Children’s Center performed life-saving surgery on the 9-year-old.

Hours before, while playing paintball at a friend’s birthday party, Anderson had run into a fence while running down a hill. The pain, he recalled, was the worst of his life.

Seeing no visible marks on his body, but acknowledging his pain, Brooke and Ken gave Anderson the option of going home or to a local hospital. Anderson chose the hospital.  There, doctors determined his pancreas was likely bruised and that he needed to be transported to the Johns Hopkins Children’s Center, the pediatric trauma and burn center for the state of Maryland.

At Johns Hopkins, tests revealed that, in fact, his pancreas was perforated and torn. Ken and Brooke were presented with two options: allow their son’s pancreas to heal on its own, which would require months as an inpatient (for ongoing therapy) and an additional three-month recovery at home, or have surgeons remove the damaged portion of his pancreas – a possible 80 percent – and potentially part of his spleen. Ken and Brooke opted for the surgery.

Pediatric surgeons removed 50 percent of his pancreas, and did not have to remove his spleen. And after 12 days at the Johns Hopkins Children’s Center, Anderson returned home. Today, the active 10-year-old is an avid soccer player.