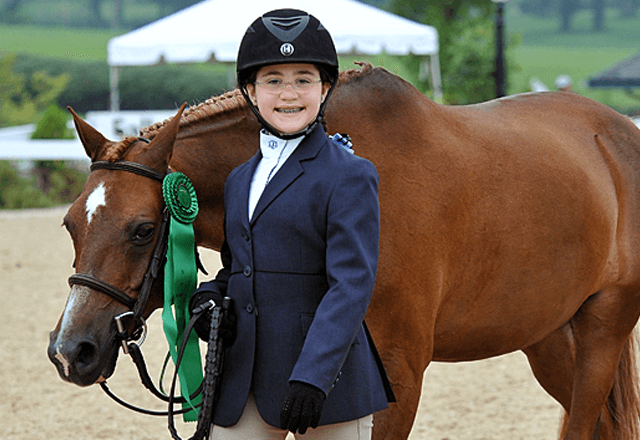 In infancy, Alexandra “Alex” Hershfield was diagnosed with allergies to milk, eggs and tree nuts. Doctors told her parents, Les and Heidi, that Alex would never be able to eat foods containing any of these produce and that consuming them would endanger her life.

Despite her parents’ vigilance, however, Alex experienced multiple life-threatening allergic reactions throughout her early years.  “It was scary for me, too,” says Alex, years later. “There was always the little voice in the back of my head that if this has milk in it, I could die.”

At the Johns Hopkins Children’s Center, pediatric allergist and immunologist Robert Wood began following Alex, early in her life. As he broke ground with his pioneering pediatric food allergy research, Les and Heidi hoped that Alex could be admitted into one of his studies, to potentially lessen the severity of her allergies.

That day came. Wood enrolled Alex in an egg study. She gradually increased her consumption of egg products at home, with frequent visits to the Johns Hopkins Children’s Center and under Wood’s careful watch. Then, he enrolled her in his oral immunotherapy study for children with severe, persistent milk allergies. In this study, Alex gradually increased her milk intake tolerance from less than 1 mg of milk (the near equivalent of a grain of sand) to now being able to drink a full glass of milk.

Today, Alex can eat cake, ice cream and pizza, and is no longer known as the “girl with food allergies,” she is Alex, the girl who rides horses. She loves to ride competitively, and was recently ranked 14th in a nationwide competition.