Trip and His Unforgettable Camping Experience 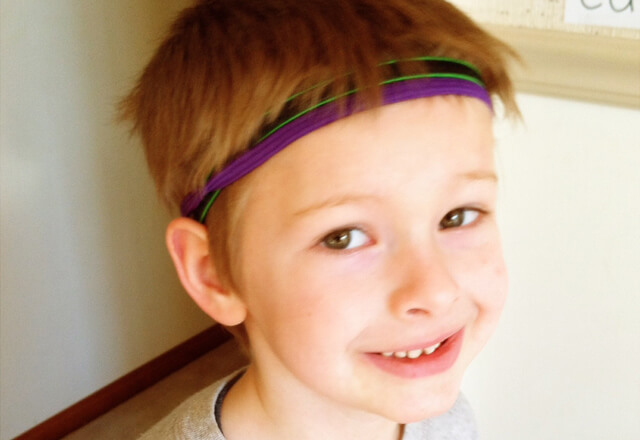 In 2012, an annual Father's Day weekend camping tradition on the Eastern Shore turned into a nightmare for the Black family. While enjoying the morning play with his young cousins, 4-year-old Trip stumbled backwards and landed in the campfire, his left hand grasping the hot metal ring surrounding the fire.

His mom, Summer, immediately ran to pull him from the fire while family members called 911 and Trip's dad, Kenny, who was visiting friends at a nearby camp site.

"He screamed, and it was a sound I will never forget," says Summer, "I couldn't even tell how bad it was, but he was in so much pain that he couldn't even cry."

Within minutes, the ambulance arrived and the EMTs determined that Trip's burns were too serious for the local hospital, and they advised Kenny and Summer to have Trip airlifted to the Johns Hopkins Children's Center, the designated pediatric burn center for the state of Maryland.

Trip did not speak or cry during the 20 minute helicopter ride, and upon his arrival doctors at the Johns Hopkins Children's Center diagnosed Trip with second and third-degree burns over 7 percent of his body, including his left hand, leg, and bottom.

"We were camping, so I arrived at the hospital in my pajamas with no shoes and no phone. I remember asking the nurses where we were, because I had no idea where the Johns Hopkins Children's Center even was," says Summer. "I'm so thankful for everyone here, who treated us as though we were part of their family. It really felt like the staff was taking care one of their own."

Trip spent 12 days as an inpatient at Hopkins Children's, where he underwent a skin graft to his left hand. Upon discharge, physicians referred Trip to a local institution in their hometown, Dover, Delaware, where he received therapy for one and a half years.

The experience has helped bring Trip out of his shell, and the formerly shy boy is now an outgoing, talkative 6-year-old who thinks of his scarred left hand as his super power. Today, he still undergoes therapy at home with his parents, and is still followed by physicians at the Johns Hopkins Children's Center.

Trip is an inspiration to many, and lives by the motto "Just forget about it, look ahead to the future not the past."