We've Been There, Too 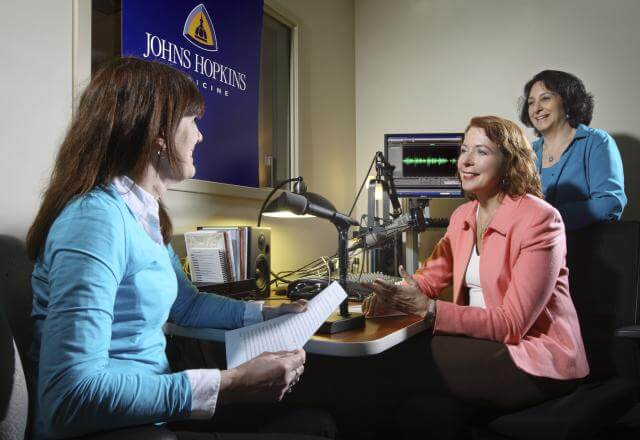 Announcing at its final monthly meeting of the year the completion of its “We’ve Been There, Too” Web initiative and publication of its Annual report, leaders of the Johns Hopkins Pediatric Family Advisory Council (PFAC) tied a buoyant bow around a year of substantive achievements.

“Our accomplishments exceeded our expectations and gave us some extra momentum as we plan initiatives for 2014,” said PFAC Parent Advisor Pamela Griffin.

“Because we develop programs in a thoughtful manner and solicit as much input as possible from our council members, you would expect only a few major initiatives, but that’s hardly the case,” added Patient- and Family-Centered Care Coordinator Barbara Hall. “This group never ceases to amaze me.”

Hall was referring to the 50-plus members that make up the PFAC, more than half of whom are parents of current and former patients at Johns Hopkins Children’s Center. Some of the year’s most notable initiatives include the “family as faculty” program, improving the discharge process, reducing bloodstream infections, and ongoing development of family-centered rounds. In the latter initiative, pediatrician and PFAC member Megan Tschudy led an unprecedented research project using focus groups of case managers, Child Life specialists, medical students, nurses, parents, pharmacists and residents for an in-depth, multiple-perspectives look at family rounds. The focus groups identified barriers to effective family-centered care at Johns Hopkins, and explored ways to improve family and medical team communications and partnerships.

“We see a burgeoning area of research examining family-centered rounds, but most of this research has concentrated on families’ perceptions — no studies have looked at the family-centered care experience from a 360-degree view,” said Tschudy.

In another major initiative, called “We’ve Been There, Too,” council members launched a series of online audio segments to share their hospital experience with other parents. Topics include adjusting to a chronic medical condition, coping with long-term hospitalization, and chronicling a child’s care.

“The words of advice have been a learning experience not only for parents but for our hospital staff, too, in better understanding the patient experience and the family perspective,” said Beth Bounds, chair of the PFAC’s Peer Mentoring Group, which took on the project.

Other initiatives include development of hospital guidelines for MOLST, or Medical Orders for Life Sustaining Treatment, mandated by Maryland state officials in 2013. PFAC parent advisors and Children’s Center faculty and staff conducted a study to better understand existing practices of pediatric advance care planning and how MOLST would impact health professionals and parents’ expectations. Yet another initiative illuminated parents’ perspectives of a new residency training program requirement that pediatric residents be evaluated in 21 domains of “Pediatric Milestones” competencies, including medical knowledge, transition of care, effective communication and interacting with patients in a compassionate and humanistic manner.

“Family-centered care is now at the forefront of an unbelievable number of conversations each day here at the Children’s Center,” Dover said. “More and more we’re putting ourselves in the shoes of parents before making decisions, which is changing our culture. That, perhaps, is the most substantive change.”

Where does the group go from here? That was the question posed by Pediatrics Administrator Ted Chambers, who cited the PFAC’s “amazing growth” from a small steering committee in 2007 charged with rejuvenating and formalizing family-centered care at the Children’s Center.

“I think there are many, many more exciting things to do together,” Chambers told the group at the year-end meeting, “and I’d like to hear your thoughts on what those things are.”