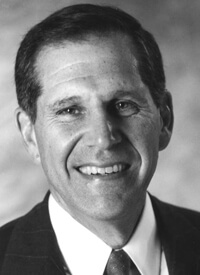 Morris W. Offit is the chairman, managing member and co-founder of Offit Capital Advisors LLC in New York City. Offit Capital Advisors is a private investment advisory firm co-founded by Mr. Offit in 2007. Prior to 2007, Mr. Offit was an executive with Offit Hall Capital Management LLC and OFFITBANK, both of which he founded. OFFITBANK was acquired by Wachovia Bank in 1999.

Mr. Offit received two degrees from Johns Hopkins University, a B.A. in 1957 and an L.H.D. (honorary – Doctor of Humane Letters) in 1996. Mr. Offit also received an M.B.A. from the Wharton School at the University of Pennsylvania in 1959. He is a Chartered Financial Analyst.