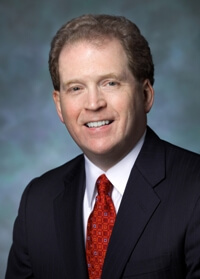 Dr. Lloyd B. Minor became the 13th provost of The Johns Hopkins University in September 2009. A scientist and surgeon, he is a University Distinguished Service Professor of Otolaryngology–Head and Neck Surgery and also holds appointments in the departments of Biomedical Engineering and Neuroscience.

Prior to his appointment, he served as Andelot Professor and director (chair) of the Department of Otolaryngology–Head and Neck Surgery in the Johns Hopkins University School of Medicine and otolaryngologist-in-chief of The Johns Hopkins Hospital. During his tenure, he expanded annual research funding by more than half and increased clinical activity by more than 30 percent, while strengthening teaching efforts and student training.

With 140 published articles and chapters, Dr. Minor is an expert in balance and inner-ear disorders. He published four key studies between 1999 and 2001 laying out the connection between head motion and eye movements and how they are controlled by the balancing mechanisms centered in the inner ear. In recognition of his work in refining a treatment for Ménière’s disease, Dr. Minor received the Prosper Ménière Society’s gold medal in 2010.

In the medical community, Dr. Minor is perhaps best known for his discovery of superior canal dehiscence syndrome, a debilitating disorder characterized by sound- or pressure-induced dizziness. In 1998, Dr. Minor and colleagues published a description of the clinical manifestations of the syndrome and related its cause to an opening (dehiscence) in the bone covering the superior canal. He also developed a surgical procedure that corrects the problem and alleviates symptoms.