It’s not surprising that a diagnosis of Parkinson’s is devastating and that, over time, dealing with the progression and worsening of symptoms and the loss of motor control may lead to depression. But Gregory Pontone, M.D., director of the Johns Hopkins Movement Disorders Psychiatry Clinic, believes — along with a growing number of Parkinson’s experts — that depression may actually be an early sign of the disease.

“The disease probably starts years, if not decades, before it's diagnosed by the motor symptoms,” he says. And although it’s clear that dealing with a so-far-incurable, progressively debilitating disease may make you depressed, there’s something different about the association with Parkinson’s, adds Pontone.

“If you look at people with multiple sclerosis or rheumatoid arthritis who have the same level of disability, they still don’t have the same rates of depression. We believe there is something about the way Parkinson’s affects the brain that increases that risk.”

We asked Pontone to explain this relationship:

Q: Your research focuses on the link between depression and Parkinson’s long before the latter is diagnosed. Can you explain this relationship?

A: It looks as though the pathological process of Parkinson’s disease — how it develops — may actually overlap with and affect some of the same brain circuitry that is related to mood regulation. Some of the brain cell nuclei beneath the substantia nigra [the part of the brain in which Parkinson’s arises] are a part of the same circuitry that is involved in mood regulation. These cells could be affected years before movement symptoms, such as tremor, are even evident. This finding means that depression may be what we call a prodromal symptom — a symptom that precedes a formal diagnosis.

Q: Does depression that’s possibly an early sign of Parkinson’s disease look or feel any different from non-Parkinson’s-related depression?

A: No, it looks the same. As of yet, we have not identified anything about which we could say, that’s linked to Parkinson’s — there’s nothing that allows us to pick those people out of a crowd. It’s not specific enough. There are other prodromal symptoms of Parkinson’s disease, such as REM sleep behavior disorder [when people act out their dreams], that we can formally diagnose and define — and that makes their link to Parkinson’s clearer. Our research is trying to find markers in depression — or anxiety, for that matter — to see if we can find some that are specific to the risk of Parkinson’s. It’s tough, though, because depression is a lot more variable. It’s possible that someday we can identify a combination of depression and other symptoms as a reliable marker for Parkinson’s.

Q: What would be the value of knowing that someone who has depression when they’re in their 30s or 40s might be at risk of Parkinson’s disease later in life?

A: There are a couple of scenarios that can play out. If we knew that depression was linked to the future occurrence of Parkinson’s, we might find a way to mitigate the risk by treating the depression or by some other means. Or, we may be able to use some disease-modifying therapies for Parkinson’s earlier. It could redefine how we diagnose and treat Parkinson’s. On the other side of things, if Parkinson’s disease is affecting the same brain circuitry that causes depression, it may help us learn more about depression. Right now, we’re still all guessing as to what the broken part is in depression.

Q: Is there greater awareness now of the link between depression and Parkinson’s disease?

A: Absolutely — and that’s a good-news story. It’s stimulated an increased awareness about screening people with Parkinson’s for depression. There has even been talk in the Parkinson’s community about adding depression — along with other nonmotor symptoms, like REM sleep behavior disorder — to the diagnostic criteria. That would be huge. 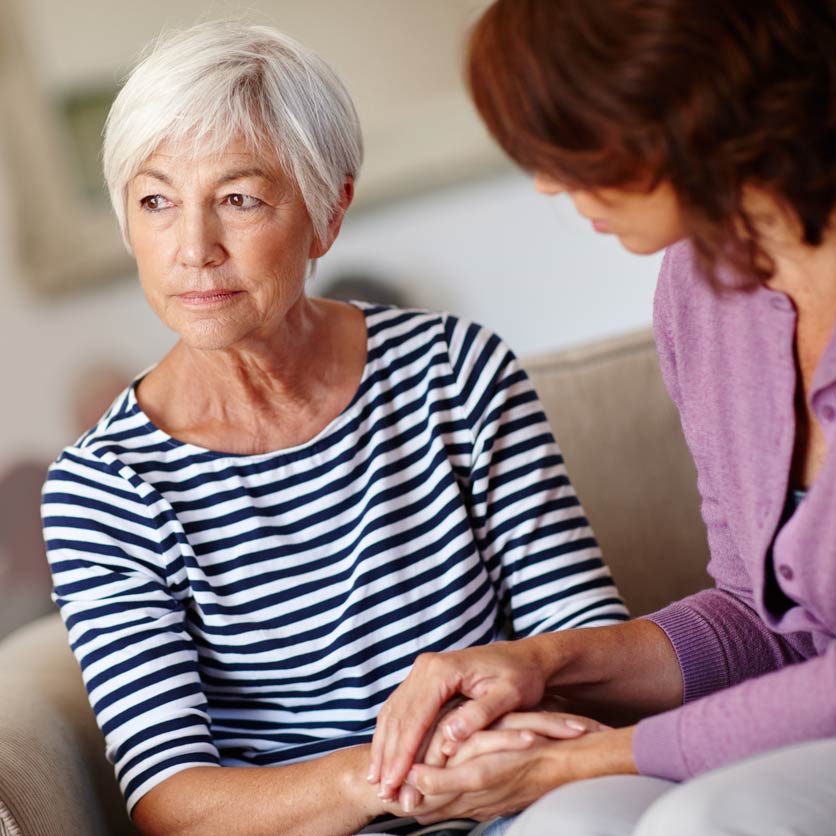