Daisy grew up in New York City, where she attended medical school at NYU School of Medicine and completed her internal medicine residency at Icahn School of Medicine at Mount Sinai. She then worked as a hospitalist before starting her endocrinology fellowship. Since fellowship, Daisy has developed a research interest in the role of circadian rhythm on obesity and metabolism. Under the guidance of her mentors, she is investigating the effect of time-restricted feeding on weight loss and glucose homeostasis and conducting physiology-based studies on the effect of late dinner on glucose and fatty acid oxidation. Daisy plans to pursue a career as a clinician-scientist in obesity/metabolism with a focus on sleep/circadian rhythm.

Colleen grew up outside of Scranton, Pennsylvania. She attended Bucknell University in Lewisburg, PA as an undergraduate and subsequently worked briefly in editing for a medical communications company in Manhattan, NY. She did a year of research at the Eunice Kennedy Shriver National Institute of Child Health and Human Development in pediatric endocrinology, specifically looking at the genetics of Kallmann syndrome. Afterwards she attended medical school at the University of Virginia, followed by internal medicine residency at the University of Pittsburgh Medical Center. She enjoys spending time outdoors, particularly with her coonhound, Maisie.

Hasan was born and raised in Baghdad and from there, traveled to several other places to achieve his dream of becoming an endocrinologist. His passion for endocrinology started during medical school. He was intrigued by the feedback pathways of the different hormones and the concept of “inappropriately normal” lab tests. That passion continued to grow during his residency and fellowship. Hasan is interested in all the subspecialties of endocrinology and his goal is to become a well-rounded endocrinologist, with some focus on diabetes and bone health. Outside of medicine, Hasan likes to play tennis, read, and grow his recent hobby for astrophotography!

Jordan was born and raised in Washington, D.C and attended medical school at the University of Vermont in Burlington. She has been involved in Endocrinology research since before medical school through the National Institutes of Health IRTA program. She studied hemoglobin A1C discordance during residency and presented her work at several national meetings. Jordan is completing the Clinical and Basic Science Research Track and hopes to remain in academics as a clinician-scientist. Her research mentor is Dr. Jennifer Mammen and together they are trying to elucidate the mechanisms underlying ICI-induced autoimmune diabetes so that better screening protocols and potential therapies might be developed. 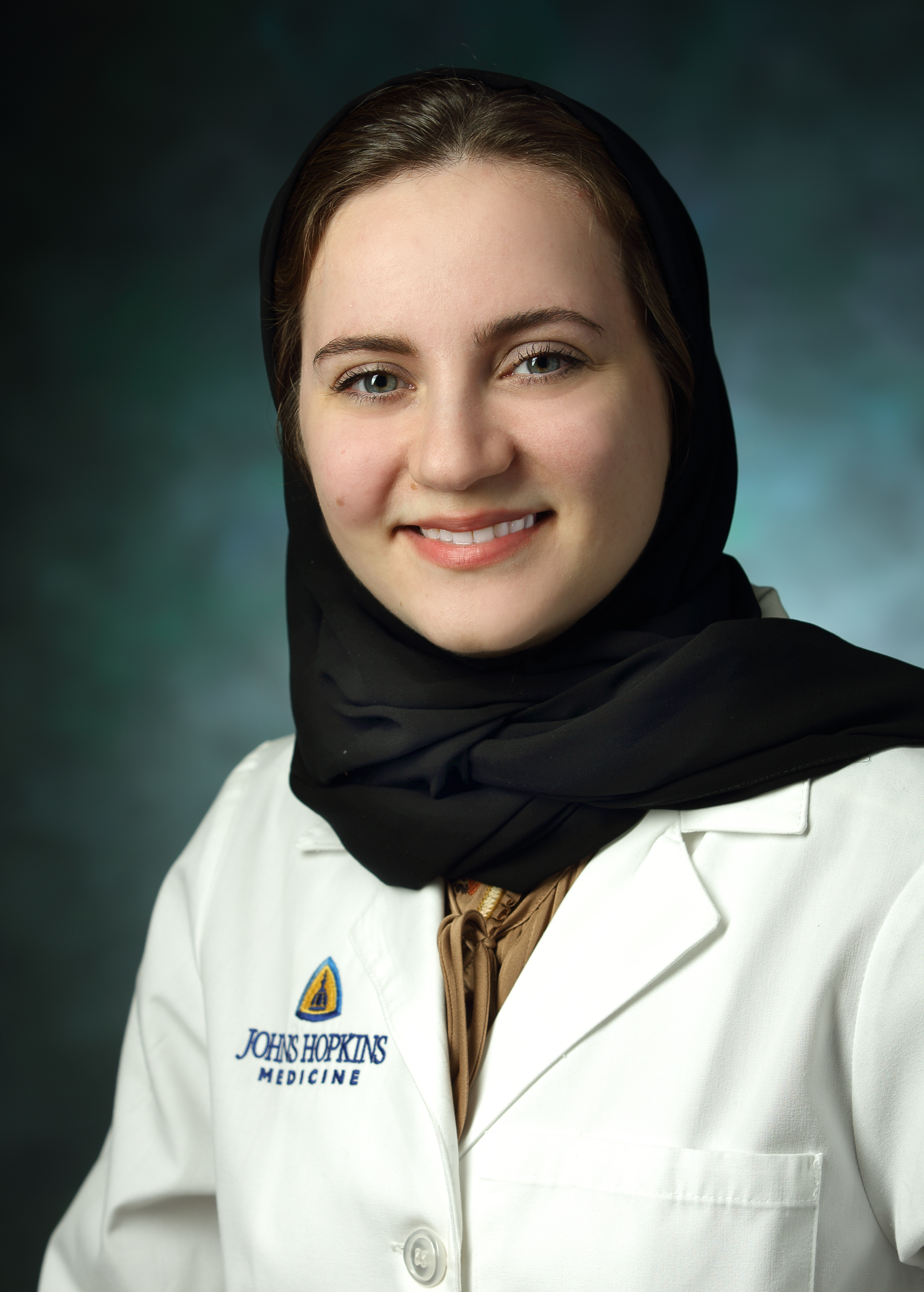 Sarah was born in Baghdad, the capital of Iraq. She was lucky to flee the political instability and live in culturally diverse cities including Sana'a in Yemen, Annecy, a town in southeastern France known for its beautiful lake, where her French grandparents live and Qatar. In Qatar, she completed her French high school education and graduated from Weill Cornell. After graduation, she moved to the New York City to begin her training at New York Presbyterian Hospital-Cornell. There, she enjoyed working with her endocrinologist mentors at Memorial Sloan Kettering and Hospital of Special Surgery on immune check point inhibitors, Cushing from prostate cancer and the effect of epidural steroid injection on the skeletal system. She desires to subspecialize in infertility related to hormonal imbalance. Of particular interest is expanding the fertility treatment for polycystic ovary syndrome. Outside work, she enjoys painting and physical activities that include swimming, kayaking and playing tennis. Her future dream hobbies are to learn the violin and dance the ballet. 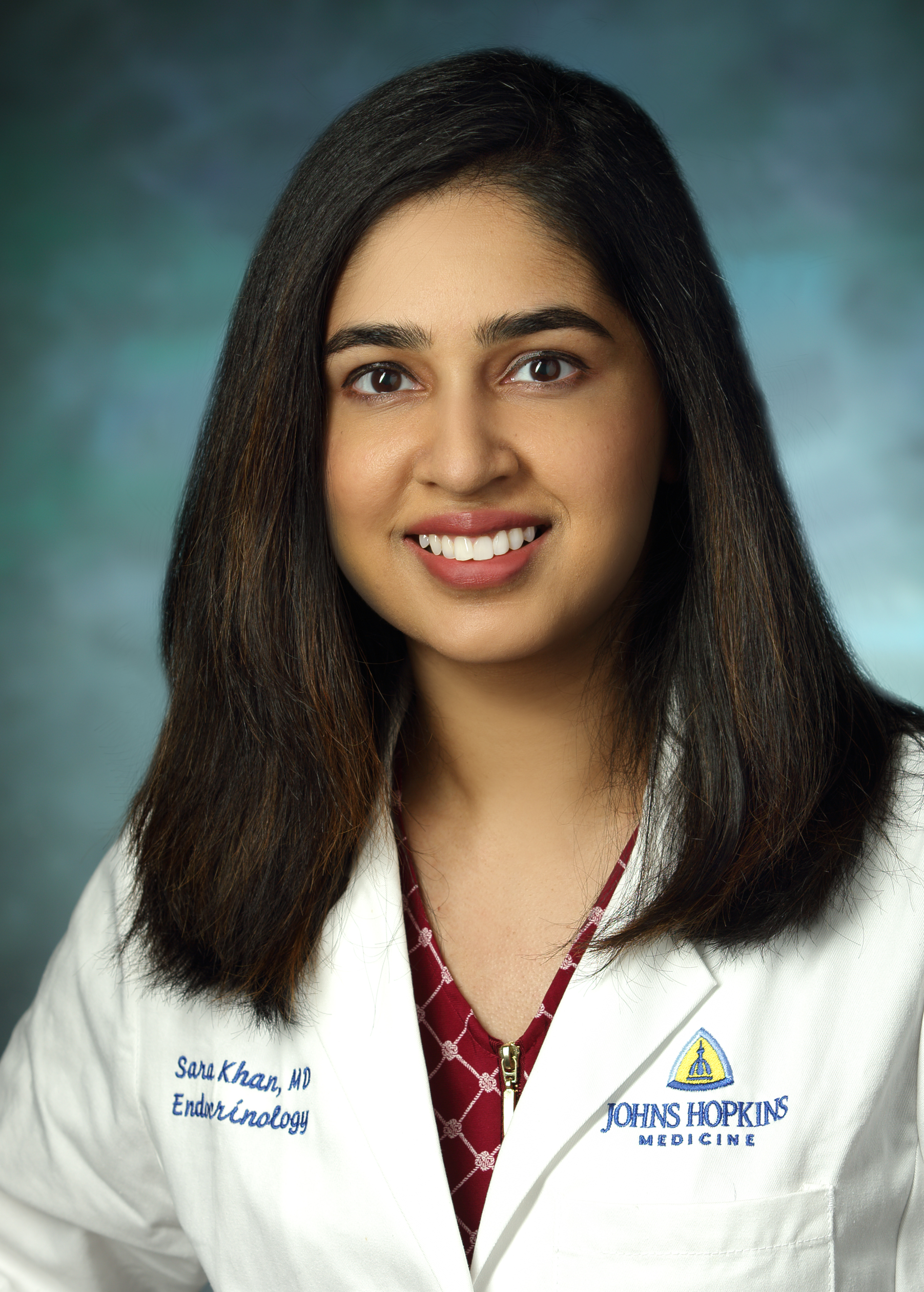 Sara was born in Ohio and spent her early childhood in the US before moving to Pakistan where her family is originally from. She attended King Edward Medical University where she became particularly interested in overcoming behavioral and educational barriers in management of diabetes in the community. Following graduation, she came back to the US for her Internal Medicine Residency training at Einstein Medical Center in Philadelphia. As part of her training, she participated in the Resident Diabetes Clinic that aimed to take a multidisciplinary approach to care for patients with uncontrolled diabetes. She continued on in Internal Medicine as a teaching Hospitalist at Stony Brook University Hospital in New York for two years before starting her Endocrinology Fellowship at Johns Hopkins. She plans to pursue a career as a Clinician Educator following graduation from fellowship. She currently resides in the Baltimore suburbs with her husband and son. 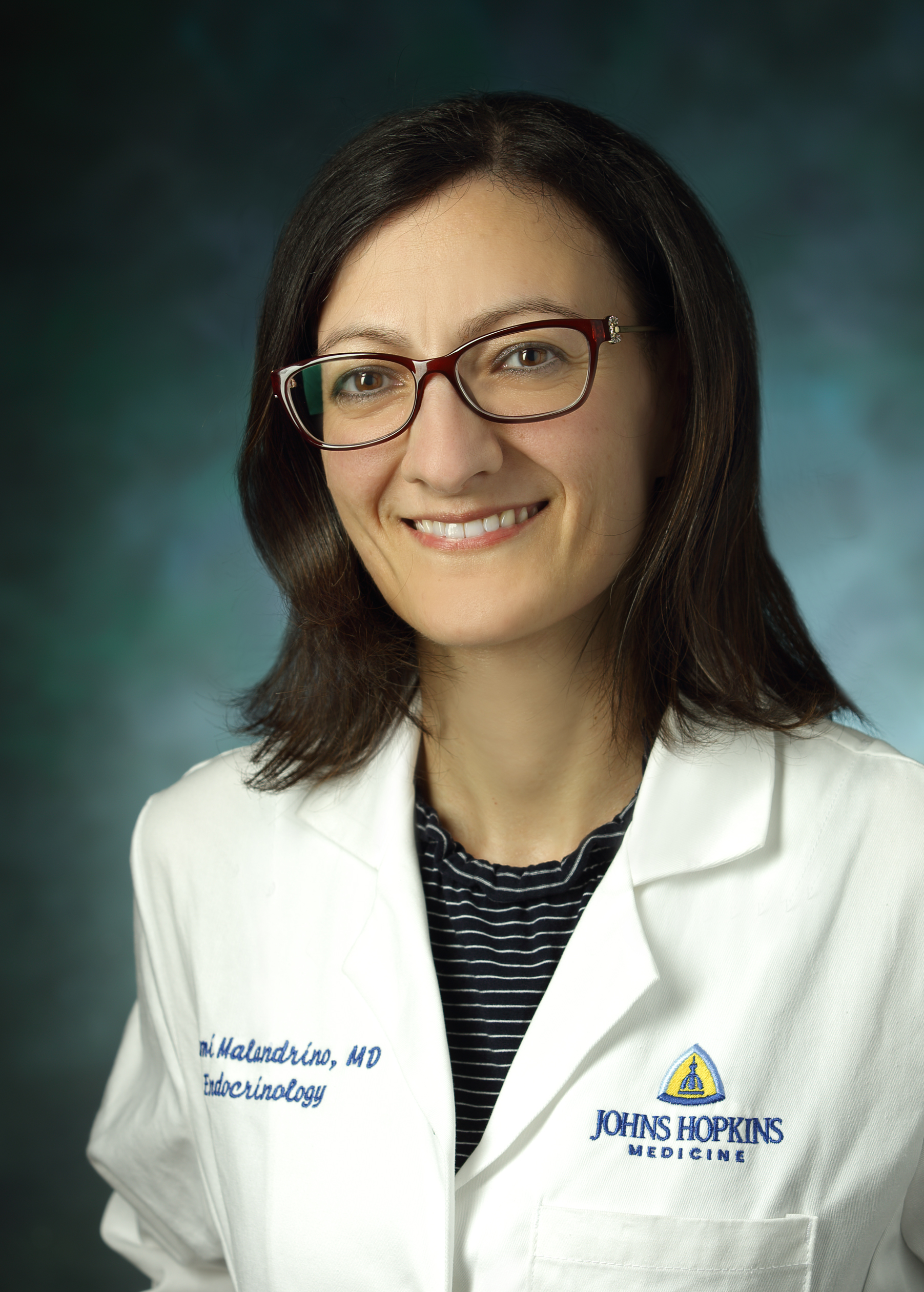 Noemi was born and raised in Caltagirone, a town approximately 60 miles south the volcano Etna in Sicily, Italy. She then moved to Rome, where she obtained her M.D., Ph.D. and board in internal medicine – all from the Catholic University School of Medicine. She also worked as a Visiting Research Associate with Dr. Robert Smith and Dr. Wen-Chih (Hank) Wu, at the Hallett Center for Diabetes and Endocrinology and at the VA Medical Center, Brown University, Providence, RI. In the more recent years, Noemi has lived in the Baltimore - Washington DC area. First, she was post-doctoral fellow in the NIDDK intramural research program working with Dr. Rebecca Brown and Dr. Phillip Gorden at the NIH campus in Bethesda. More recently, before joining the Johns Hopkins University Division of Endocrinology, Diabetes & Metabolism, she was clinical resident in internal medicine in Baltimore at the University of Maryland Medical Center Midtown Campus, where she was presented with the 2019-2020 Excellence in Ambulatory Medicine Award. Noemi is a member of the Endocrine Society; she was presented with the Helmsley Charitable Trust Abstract Award during the Endo Meeting in Chicago in 2018. Noemi plans to continue her career as a clinical practitioner in the field of endocrinology, diabetes and metabolism, and as a physician-scientist with a research focus on diabetes, obesity, insulin resistance and endocrine- and metabolic-related aspects of aging, cognitive dysfunction and other medical sequelae.