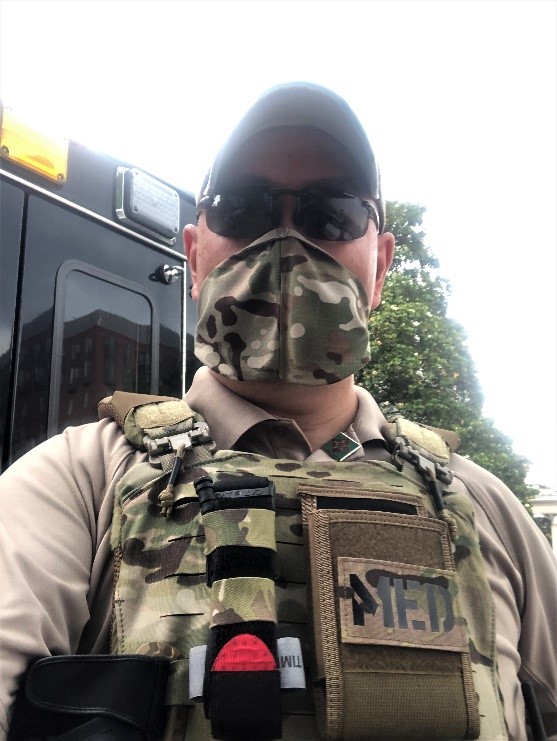 Congratulations to Nelson Tang, M.D., for receiving the 2020 American College of Emergency Physician’s (ACEP) Tactical Emergency Medicine Section Visionary Leader Award. The award recognizes visionary leaders in the field of tactical and operational medical support, including those who have spent at least 10 years in the field and have made significant contributions in policy, education, program development and direct operational support.

Tang has been a part of the tactical medicine field for nearly 25 years. His professional work in this arena encompasses the full breadth of education, mentoring, operational support and national leadership. In recognition of his impact and longitudinal contributions, Tang was appointed the inaugural vice chair for operational medicine in the Department of Emergency Medicine in 2015. Prior to that, Tang established the only national Center for Law Enforcement Medicine in 2007 at The Johns Hopkins University, where he remains its chief medical officer. Tang is the program director of the longest standing tactical medicine fellowship in the country and has mentored many of the next generation of leaders in tactical medicine. 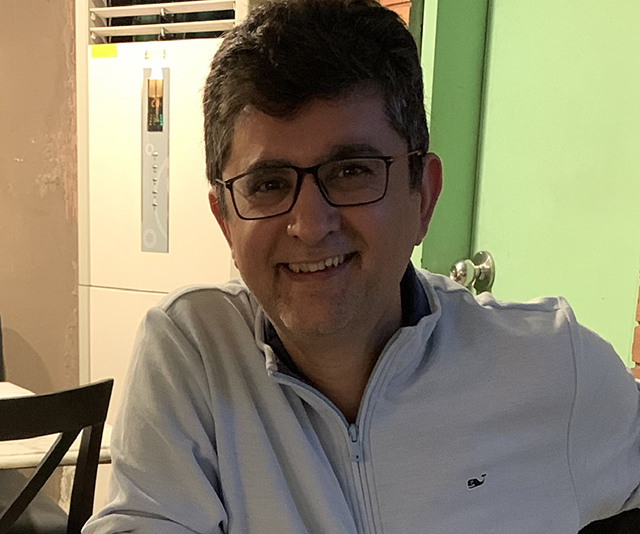 Throughout his career, Razzak has helped to advance emergency care in the U.S. and across the globe – and continues to do so. His current research focuses on implementing and measuring health system innovations for enhancing access to emergency health care for vulnerable populations, especially in low- and middle-income countries. He is currently working with his alma mater, the Aga Khan University, in Karachi, Pakistan, to establish a Center of Excellence on Trauma and Emergencies.

Razzak was presented the award at the virtual SAEM Annual Meeting on Friday, May 15, 2020. 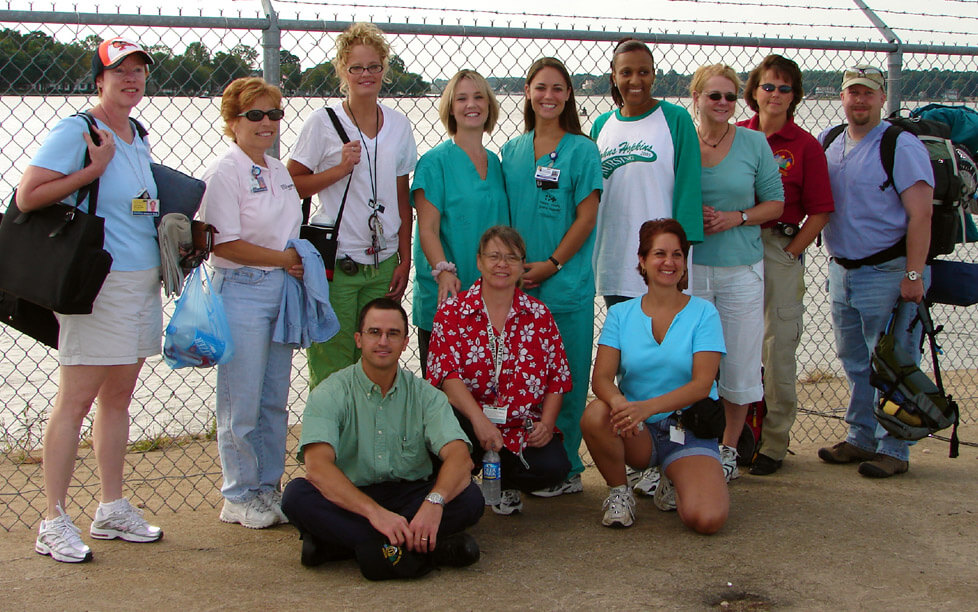 Gabor Kelen, M.D., along with Hopkins ’ Office of Critical Event Preparedness and Response (CEPAR) worked nonstop over the labor day weekend with administrators from every Johns Hopkins Medicine (JHM) entity to assemble a team of more than 100 medical personnel to answer the latest call for aid from the federal government. More than 500 staff members from all parts of JHM answered the call for volunteers that went out last week. This was in addition to organizing a dozen physicians and nurses who left Monday in response to a request from the State of Louisiana to the State of Maryland.

Other Johns Hopkins medical experts already are leading two American Red Cross medical needs assessment teams that left Friday for the Gulf Coast area. They are determining the number of emergency medical facilities the Red Cross needs to establish there and what health care resources will be required to meet the crisis unfolding in the wake of Hurricane Katrina.

Thomas Kirsch, M.D., M.P.H., an assistant professor of emergency medicine, director of emergency operations at the Hopkins School of Medicine, and deputy director of Hopkins’ Office of Critical Event Preparedness and Response (CEPAR) is heading one of the four-person Red Cross teams. W. Courtland Robinson, Ph.D., an assistant professor of international health at the Center for Refugee and Disaster Response at Hopkins’ Bloomberg School of PublicHealth, is leading the other team.

Kirsch flew to Baton Rouge, La. His team is assessing the Red Cross’s need for doctors, nurses and other medical personnel, as well as for additional Red Cross shelters. Kirsch is a former national physician advisor for the Red Cross’s Disaster Health Services and a former disaster consultant for the federal Centers for Disease Control. 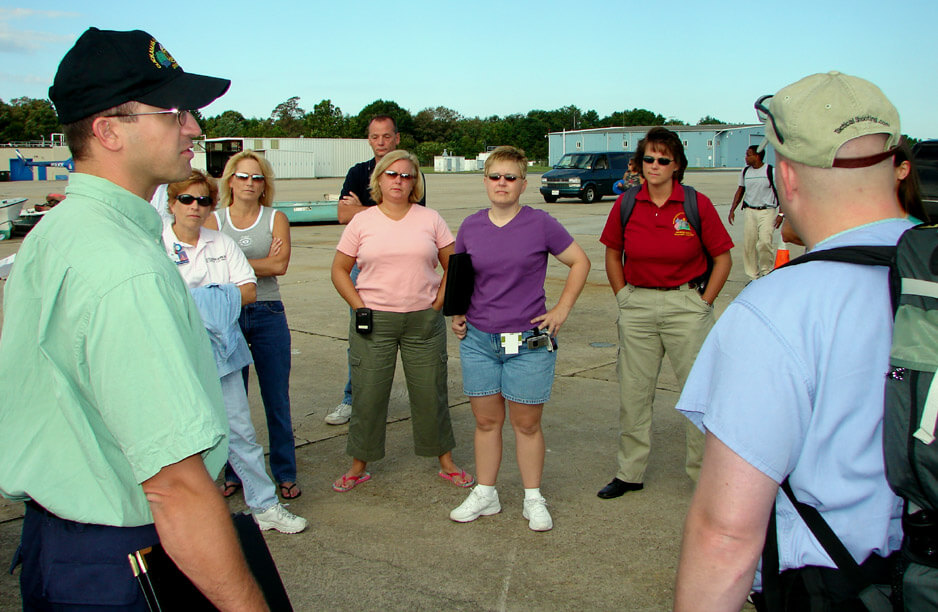 Robinson is based in Montgomery, Ala., but is focusing his team’s assessment on the Mississippi Gulf Coast region. He teaches at Hopkins’ Center for International Emergency Disaster and Refugee Studies (CIEDRS) and has worked with numerous refugee and charitable organizations.

Other Hopkins experts joining Kirsch and Robinson on the fact-finding mission for the Red Cross include Marguerite Littleton-Kearney, R.N., a public health nurse who teaches disaster management at the Hopkins School of Nursing and a captain in the Navy Nurse Corps reserves; disaster relief expert Alex Vu, D.O., M.P.H., an instructor in the School of Medicine’s Department of Emergency Medicine who also went to Aceh, Indonesia, following the tsunami last December; and Kellogg Schwab, Ph.D., an assistant professor and co-director of the Center for Water and Health at the Bloomberg School of Public Health, whose areas of expertise include water-borne illnesses and sanitation.

Additional Hopkins experts have gone or are expected to go to the Gulf Coast. Lee Jenkins, M.D., Ph.D. senior resident in emergency medicine, has already been deployed as part of a New Jersey Disaster Medical Assistance Team (D-MAT). Riccardo Collela, D.O., director of the emergency medical service at Howard County General Hospital, which is part of Hopkins Medicine, is on standby to be deployed by the Federal Emergency Management Agency (FEMA).