Mario Amzel grew up helping out in his parents' shoe store in Buenos Aires, Argentina. When Mario first broke the news that he was interested in pursuing mathematics in college, Mario said it nearly gave his father a heart attack. His father, like so many parents of the promising Baltimore City students Mario now mentors, was certain that studying such a theoretical subject would leave Mario impoverished. "He thought it was useless," Mario says.

Later, Mario compromised and agreed to study chemistry, which his father thought might lead to something more financially viable — perhaps even owning a chemist's shop. But, sadly for his father, Mario's interest remained firmly academic.

Mario was in the middle of getting his Ph.D. in physical chemistry from the Universidad de Buenos Aires when a coup overthrew the Argentinian government, and the military took charge of the national universities. Many students left, but Mario worked through the ensuing chaos. When the university shut down for a few years, Mario used lab space at the Argentinian Atomic Energy Commission to complete his experiments. He stayed in Buenos Aires only long enough to finish his doctorate.

The integration of cultures is supposed to mean that at the end, everyone changes.

For Mario, finding a mentor with a shared cultural background was as comforting as it was rare. At the time, Mario and Roberto were the only two Latinos in the basic sciences at the school of medicine.

Together they bonded over the study of immunoglobulins and how hard it was, at that time, to find good bread and wine. Getting a decent pastry, they agreed, was out of the question. Still, despite the mentorship, Mario found the cultural isolation difficult.

Though things improved over time, for Mario it came at a cost — namely, a loss of cultural identity. When you are in the minority, "the social context is so strong that the only possible reaction is to assimilate," Mario says. "The integration of cultures is supposed to mean that at the end, everyone changes. The majority that decides on the social code has to accept some of the characteristics of the minorities. That is the part that we are missing."

Mario still thinks frequently about the question of how to build a strong, diverse faculty in a way that doesn't require cultural assimilation. His department now helps run two programs to help disadvantaged Baltimore youth get into the lab and excited about science. 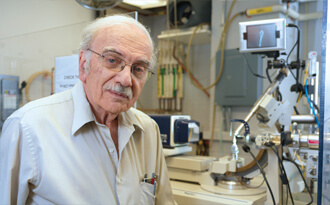 The first program, Fun with Science Summer Camp run by Mario's colleague Jie Xiao, focuses on Baltimore City public elementary school students, exposing them to the wonders of science through looking at fluorescent bacteria with powerful microscopes, examining crystals and finding the DNA hidden in their cheeks.

The second program, Biophysics Research for Baltimore Teens (BRBT), run in conjunction with the Department of Biophysics at The Johns Hopkins University, provides promising Baltimore City public high school students with paid internships to carry out hands-on lab research with professors and graduate students in the two departments. Mario regularly accepts BRBT students into his lab and gives the welcoming and closing remarks, but he is quick to point out the hands-on leadership of Jungsan Sohn and others in running the program, both at Homewood and in the school of medicine. BRBT has been an unqualified success. Over 90 percent of BRBT students go on to attend college.

Getting young students interested in science is part of the puzzle. But for Mario, developing a diverse academic culture — and the intrinsic mentorship and guidance that come with that — is also essential. Building the pipeline alone is not enough: There also must be a robust community of diverse faculty members and leaders to help support young scientists from underrepresented backgrounds, just as Mario was lucky enough to have experienced. "Building that community will actually allow us to have an integrated institution."

For the Baltimore City parents who worry about their children's future career prospects in the same way that his own father did, Mario wants to demonstrate that science can be a viable path for earning a good living while doing gratifying work.

When asked if his father ever came around to the notion of his son being a scientist, Mario shook his head and chuckled. "I'm not completely sure. But my mother was always on my side. For her, whatever I do must be good!" 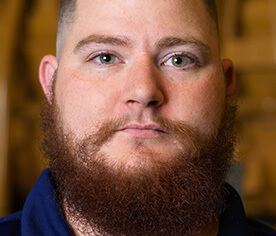