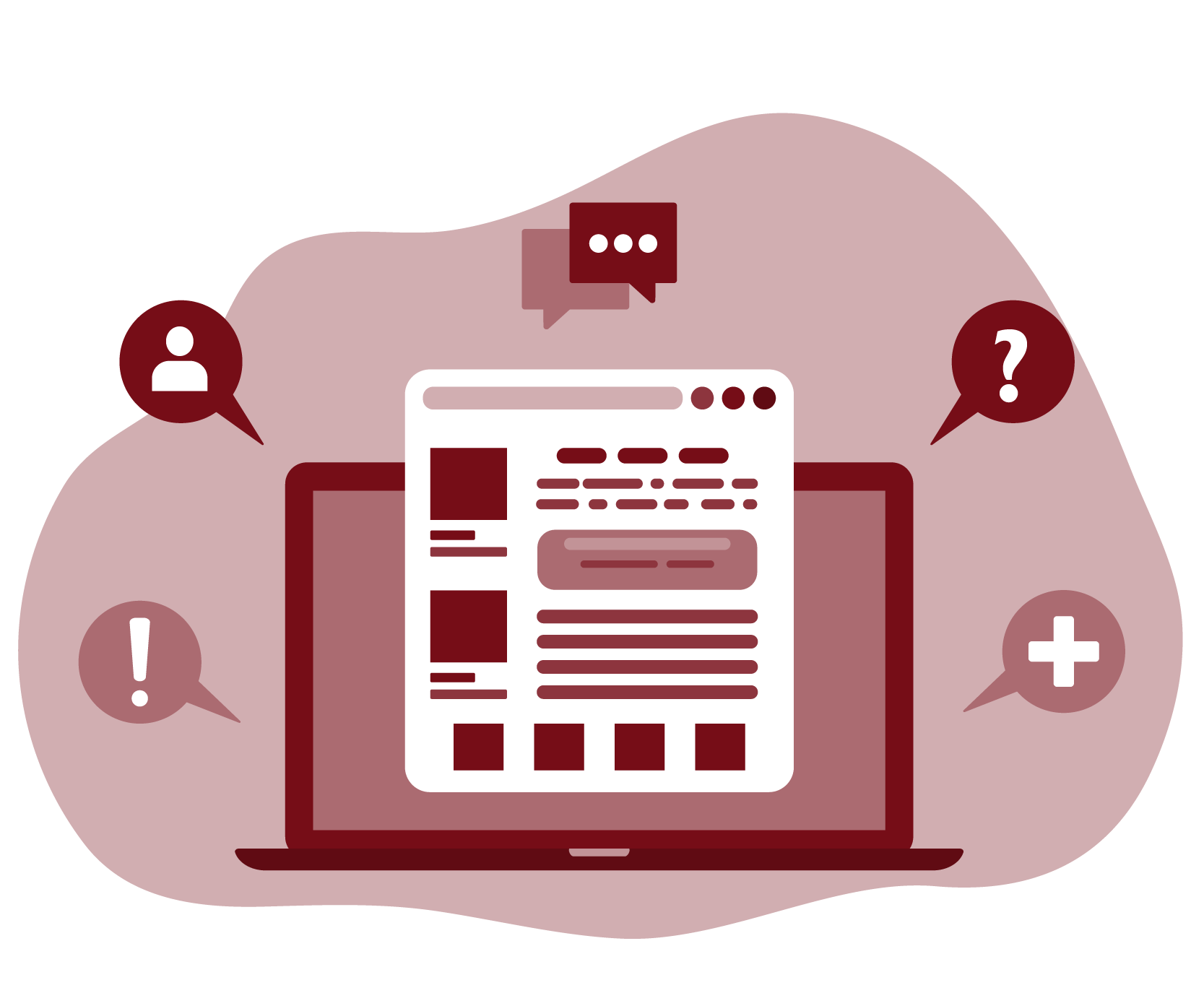 One of Johns Hopkins Community Physicians (JHCP) marketing and communications’ greatest achievements came at the beginning of fiscal year 2020, after years of cross-entity collaboration, discovery and design: the JHCP intranet redesign.

What is an intranet, and why is it important? According to Molly Jackson, marketing and communications manager, “an organization’s intranet almost acts as its central nervous system.” She continues, “it’s a central repository where important documents and news are stored and shared for easy access.” It also acts as a springboard for resources, tools and links that employees need to do their job. The team knew that in order to support JHCP’s employees to the best of their ability, a redesign was in order. Like most company intranets, JHCP’s previous one was functional, but the structure was not purposeful, it was difficult to navigate, and the look was outdated. Jackson imagined improved function and design possibilities.

The process of redesigning an intranet is not as easy as it may seem – in fact, it is often cited as being more difficult than building one from scratch, when there was no previous site in place. To begin the process, the marketing and communications team’s first step was to engage their central Johns Hopkins Medicine marketing colleagues and recruited the services of a web design vendor. Next, they embarked on a discovery period, surveying and speaking with employees of diverse roles about what they needed and wanted most out of an intranet.

The updated Intranet went live on September 9, 2019, at the beginning of FY20.

Challenges abounded at the start of the process – the team had a wish list of a lot of great ideas, but many were simply not possible within the confines of the web platform’s content management system. “The design process became an act of balancing expectations and reality to get the best end-product we could,” Jackson recounts. Other challenges surfaced with vendor relations and stakeholder turnover, but the team remained steadfast, chipping away at the project slowly, but surely.

All along the way, the team had support from a robust workgroup, which included representation from nearly every job function and department. “If the JHCP Intranet was the central nervous system, the workgroup served as the brain. The individual contributions were pivotal to the successful launch of this project,” Jackson says. Workgroup members brought feedback from their own experiences, as well as their department and peers. They were also responsible for filtering through what information and resources needed to be included from their job area. Caroline Lentz, assistant director of learning and development, is one of those workgroup members, representing the department of education and training. “I was able to present our department’s needs to the workgroup and it was clear early on that they were complex,” she says. “Working with others helped to define a cohesive vision for the intranet as a whole and it gave me an appreciation for the dedication and talent throughout JHCP.”

After overcoming obstacles and spending months updating content, links and documents, the go-live day finally came at the beginning of FY 20. The completely revamped look and feel was a big change for some, but most users embraced it with open arms. The project’s completion came in good timing, too, with the COVID-19 pandemic right around the corner. The intranet served as a source of truth at the beginning of the pandemic during FY 20, and beyond – the JHCP COVID-19 intranet page quickly became one of the most referenced pages on the entire Johns Hopkins intranet.

The new intranet template design itself also made waves – multiple entities across Johns Hopkins Medicine have converted their own intranets to the version that JHCP pioneered.

Even with the redesign now complete, the work is nowhere near over – maintenance of this new intranet is more intensive than ever. The results are worth it though. “The new intranet is a living site, compared to the old static one,” Jackson says. “Our team will continually make updates and changes to make it as useful and easy as it can be. We want to support the teams that care for our patients.”