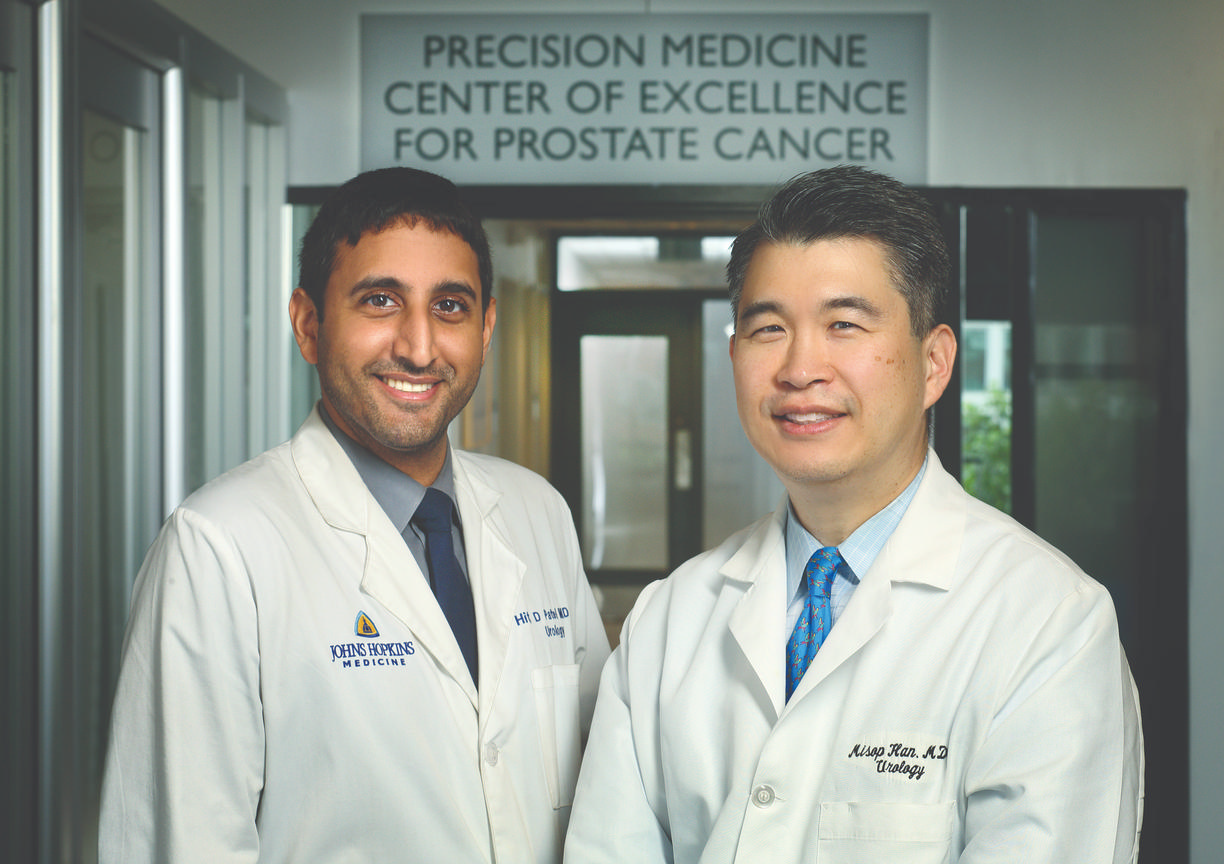 Patel and Han: Reassuring news: The vast majority of our prostatectomy patients don’t need all the pain medication they are prescribed after they leave the hospital.

A first-of-its-kind Brady intervention study points the way to smarter prescription and use of opioids after radical prostatectomy. Among other findings, the Brady’s Opioid Reduction Intervention for Open, Laparoscopic, and Endoscopic Surgery (ORIOLES) initiative determined that the vast majority of our patients don’t need all the pain medication they are prescribed after they leave the hospital.

The study involved two groups of patients: 214 men in the pre-intervention group, and 229 men in the post-intervention group. “Before intervention, on average, patients were prescribed 30 pills of 5 mg oxycodone, but used only three pills,” says Brady Chief Resident Hiten Patel, M.D., M.P.H., who launched and led the study, along with urologist Amin Herati, M.D., and urologist Misop Han, M.D. “Overall, 77 percent of the opioid medication that was prescribed was never used,” and just over 9 percent of patients properly disposed of their leftover pain pills – which can be dangerous to leave lying around. These findings were true for both the open procedure and robotic prostatectomy; the investigators found no difference in prescribing or use between these groups of patients.

Patel and colleagues also identified risk factors for higher use of opioids after surgery. One of these, for some men, was simply having a higher prescription; fewer pills prescribed led to fewer pills taken. Also more likely to take more opioids were men with a higher body mass index (BMI); and men who had used opioids for other conditions before surgery. “Notably, just having had a history of pain – without opioid use – before surgery was not a significant predictor of greater use.” After the intervention, only 2.2 percent of patients reported needing additional opioid medication, fewer than 1 percent needed to obtain a prescription, and only 1.3 percent had long-term opioid use. “This is the first pre-post opioid intervention study in urology to report an improvement in prescribing practices after radical prostatectomy and to demonstrate factors associated with greater use,” says Patel.