“These new tests are so sensitive, they can detect just one single cancer cell!” 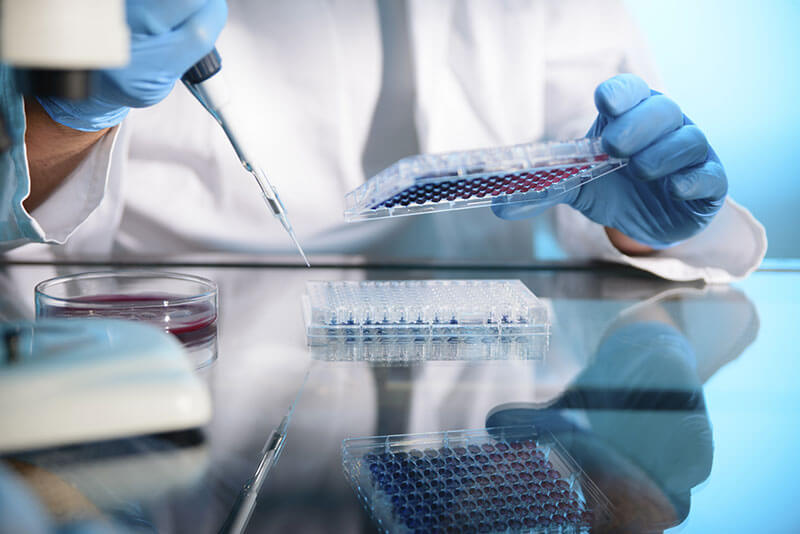 Last year in Discovery, we reported on the exciting work of Heather Chalfin now one of the Brady’s Chief Residents, and David McConkey, Ph.D., in detecting circulating tumor cells (CTCs) in the blood.

Since then, Chalfin and McConkey have come even further in their quest for a test to detect these hard-to-find cells early and to learn, from analyzing them, about the cancer: is it aggressive? Is it slow-growing?

The reason why this is so important is that it lets doctors peek through a window that appears much earlier in the course of cancer: “Up until recently,” Chalfin explains, “cancers have been detected and monitored with CT or MRI scans. Yet these scans can only detect cancer cells that have multiplied enough times to form a cluster containing millions of cancer cells.”

The difference is akin to finding and interrogating a lone scout or advance party of an enemy – instead of waiting for the whole army to show up. How much better would it be to identify and track cancer “simply with a blood draw?” Much better, says Chalfin. “These new tests are so sensitive, they can detect just one single cancer cell that is invisible to a scan!” But it’s not just a matter of detection: “The ideal cancer blood test, or liquid biopsy, will help individualize patient care by suggesting which treatments are most beneficial to that patient, and will tell us who can safely avoid aggressive treatments.”

In search of the best test, Chalfin and McConkey have successfully used two types of liquid biopsies to detect and study bladder cancer in the blood. The first type discusses what we talked about last year: “it detects cancer cells themselves as they float through the bloodstream.” The second type of test looks at something even smaller than an individual cell: it looks at the DNA of a CTC; this is called circulating tumor DNA, or ctDNA. WINTER 2019 | DISCOVERY 22 “It detects genetic material that is normally housed in the nucleus of a cell but can also be shed into the blood stream as cancer cells invade,” explains Chalfin.

“The ctDNA test allowed us to identify a unique mutation signature of genes, and the CTC test allows us to study the shape and appearance of individual cancer cells.” It’s kind of like using both fingerprints and facial recognition from cameras at a crime scene. “We hope that both of these tests will help us minimize overtreatment, and will help patients select the best treatment for their individual cancer,” says Chalfin.