A Genetic Target to Help the Immune System Fight Cancer

Often in the microenvironment of prostate cancer are immune system cells, just sitting nearby and not doing anything. These cells need to wake up. 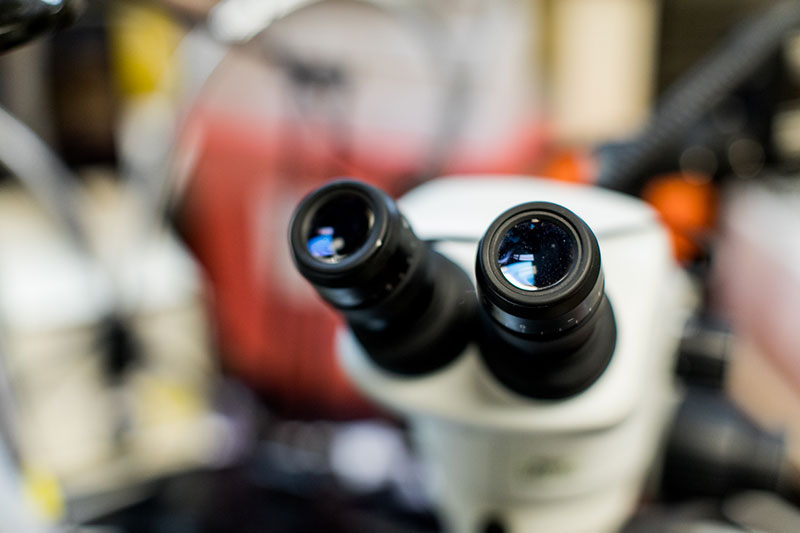 The body’s immune system is supposed to recognize enemy invaders and kill them. This doesn’t happen – or doesn’t happen nearly enough – in cancer, because cancer has a sneaky playbook of tactics to distract, stupefy, or dupe the immune system’s army. And yet: often in the microenvironment of prostate cancer are immune system cells, just sitting nearby and not doing anything.

These cells need to wake up. Pediatric oncologist Alan Friedman, M.D., is looking at particular body defenders called macrophages: white blood cells that get co-opted by prostate cancer into helping it grow. These are called tumor-associated macrophages (TAMs), and they become traitors to their own kind: they actually suppress the immune system’s ability to fight off prostate cancer.

“Interestingly, TAMs are present in greater numbers in prostate cancers that are more aggressive,” says Friedman, “including cancers that have become resistant to androgen deprivation therapy (ADT).”

But what if these TAMs could be turned back to the good side? This is what Friedman is trying to do. “We are looking for ways to alter prostate cancer TAMs – so that instead of helping the cancer grow, they will help the immune system fight the cancer,” he says. TAMs come in two varieties: M1 and M2. M2 TAMs are bad: they help cancer; but M1 TAMs are good: they fight it.

“Like all cells, TAMs contain genes within their DNA that govern their function.” Genes can be targeted. Recently, Friedman and colleagues reported that prostate cancer grows slower in mice that lack a certain gene (KLF4) in their TAMs. With this gene missing, the TAMs in these tumors had more M1 (good) and less M2 (bad) tendencies, “and these changes stimulated the immune system to attack the tumor cells, leading to slower tumor growth. Our results are exciting: they suggest that targeting KLF4 in TAMs may change the macrophages that help cancer grow into macrophages that help the immune system fight back.”

This work was published in PLoS One, and was funded in part by The Patrick C. Walsh Prostate Cancer Research Fund. In addition to Friedman, David Barakat, Rahul Suresh, Theresa Barberi, Ken Pienta, and Brian Simons contributed to this work.