Tammy Martin-Whorley was having severe heart troubles. The Christiansburg, Virginia, native had an aortic valve regurgitation—which occurs when a person’s aortic valve, located on the left side of the heart, doesn’t close tightly—along with an ascending aortic aneurysm, which was affecting the blood flow from the heart to the rest of her body. After being turned down by two major academic medical centers, Tammy, a Jehovah’s Witness, had her surgery performed at Johns Hopkins without the use of a blood transfusion.

All of us at the Center for Bloodless Medicine and Surgery enjoy hearing from our friends and former patients. We are pleased to share some of our recent mail. 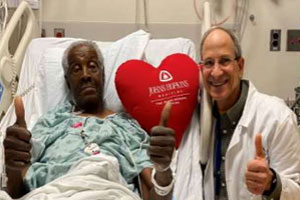 Wallace Johnson had a successful heart valve surgery without a blood transfusion.

"Why Would I Go Anywhere Else?" 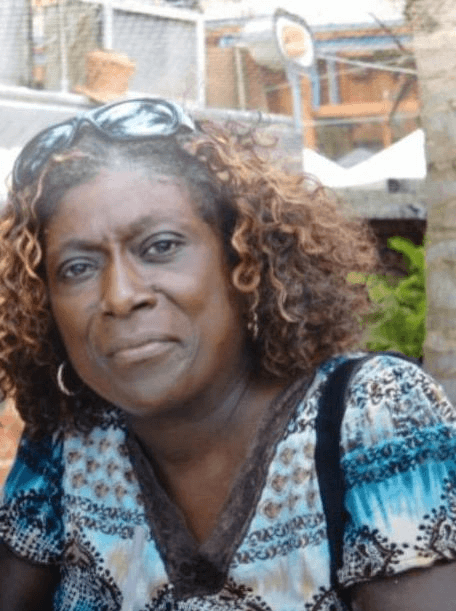 Hazel Skinner has suffered from chronic illnesses for 15 years and came to Hopkins from Pennsylvania about 2 years ago. She wanted to be treated without blood transfusions.

Though she has always been a compliant patient, about 2 ½ years ago Hazel found herself very ill. She was hospitalized close to home for low blood levels (anemia) caused by gastrointestinal bleeding. As can be the case, in spite of the best efforts of her medical team, it was difficult to stop the bleeding. Hazel’s hemoglobin dropped to dangerously low levels, and it would have been unsafe for her to be discharged home. Although the doctors were respectful of her wishes to avoid blood products, after a hospital stay of three months she felt the need to seek more effective options.

Hazel went to the internet in search of a dedicated Bloodless Medicine and Surgery program. At the top of her search she found the Johns Hopkins Center for Bloodless Medicine and Surgery. After making contact with the center’s coordinator, Andrew Pippa, Hazel traveled 1 ½ hours to be seen in the Emergency Department at Johns Hopkins Hospital. Both Andrew and Nurse Coordinator, Ish’shah Sherd visited Hazel frequently during her stay, making sure she never felt alone. She was admitted to Hopkins and was soon introduced to Dr. Linda Resar, the consultant hematologist for the bloodless program at Johns Hopkins. She recalls Dr. Resar as extremely knowledgeable, very professional and kind, and willing to take her time with Hazel’s case. She had finally found the patient and caring doctor who would be committed to treating her according to her wishes. Hazel recalls that, once she communicated her conscientious decision to avoid blood products, the discussion of blood was over. While being sensitive to Hazel’s conscientious refusal to accept blood products, Dr. Resar was able to give her the care she needed to get her hemoglobin back up to healthy levels safely without blood.

After discharge, the Bloodless team continued to follow Hazel. Nurse Coordinator Liz Dackiw called Hazel regularly to make sure her hemoglobin remained at a healthy level.

Hazel remains impressed by the level of care she has received at Johns Hopkins Center for Bloodless Medicine and Surgery. She describes the experience as being “Amazing!” the quality of care “Excellent!” She notes that the doctors always follow up with her, and she always knows what was going on. The nurses are wonderful, caring, and professional, and the communication among her providers is excellent. Hazel says “It was a beautiful experience!”

Hazel recognizes the Bloodless program at Johns Hopkins as being inclusive. Though she is a devout Jehovah’s Witness, and quotes Leviticus 7:26 from memory, she points out that the Center welcomes all people who want to be treated without blood transfusions.

Before she came to the Bloodless Program at Johns Hopkins Hazel felt lost in the shuffle of the health care system, and she knew she was not getting the best care.

Now she is part of a program that provides personalized care. Program Coordinator Andrew and Nurse Coordinator Ish’shah are there for her every step of the way! They visit her when she has appointments, they answer her questions as they come up, and they follow her labs when she is an outpatient. They even call her when they haven’t seen her in a while so she feels she is always under their care, and to her, that is the best! “Why would I go anywhere else?” she asks.

So every three months, along with her sister, she makes the 90 minute drive to Hopkins instead of the 30 minute drive to her local hospital. She has no doubt this is a worthwhile investment in her future. While visiting the City of Baltimore, MD, they discovered the famous Inner Harbor, and now a trip to Johns Hopkins would not be complete without a visit to Phillip’s or Moe’s for some fresh seafood. Hazel and her sister agree that world class health care is even better with world class crab cakes!

“We often tell others about this program.”