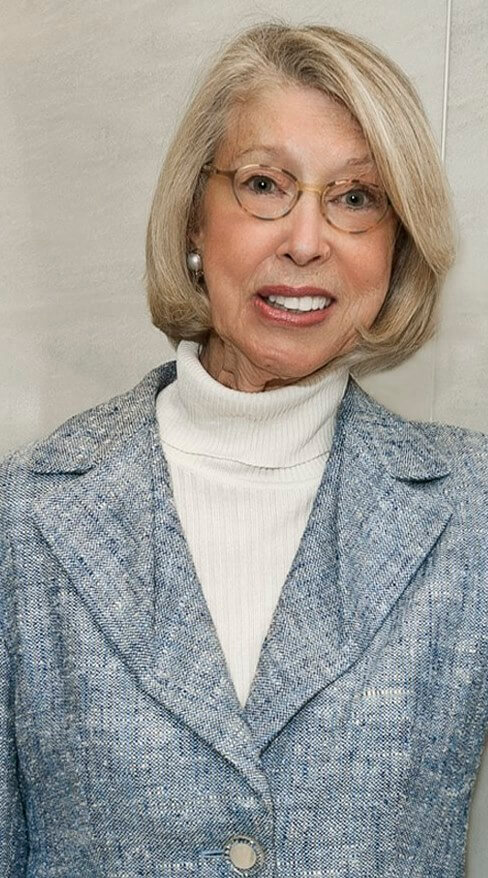 Harriet Legum's personal crusade began more than twenty years ago when she was diagnosed with breast cancer.  After successful treatment at The Johns Hopkins Hospital, her illness became a catalyst that would affect her life and change lives in the community.  Using her newfound voice, she became a powerful advocate for breast cancer research and education.  As the chair of the Johns Hopkins Oncology Breast Cancer Research Chair and Fellowship Campaign she raised 2.1 million, endowing the first chair and fellowship of its type in the country.   Later Harriet chaired a fund raising event for the Johns Hopkins Avon Breast Center.

Harriet’s developing interest in women’s health issues helped spur the creation of "A Woman’s Journey".  The annual multidisciplinary educational program features Johns Hopkins professors who address a variety of current women’s health topics.  The program which began in 1995 is open to the public and attracts nearly 1,000 women each year.

Since 2004, Harriet served as a member of the Johns Hopkins Medicine Board of Advisors and on Kennedy Krieger Institute's Board of Trustees.  She assisted in the creation of a revolutionary music therapy program for children at the Kennedy Krieger School.  In 2000, Harriet chaired the Festival of Trees for Kennedy Krieger.

Harriet has served as a board member of the Susan G. Komen Foundation and was a founding member of the "Race for the Cure" in Baltimore.

Utilizing her childhood education degree, Harriet also worked to educate youth and spread awareness about breast cancer as a volunteer speaker for Hadassah’s "Check It Out" high school program for young women.  She also has touched the lives of children at Sinai Hospital where she ran an educational program for the city and county first grade students to familiarize them with hospitals.  Harriet also served as a chair of the Baltimore Crabtown Auction to benefit Baltimore City Schools.

Harriet has been honored in “Portraits of Hope,” a photographic exhibition sponsored by the American Cancer Society.  The American Cancer Society also honored her during the award ceremony "With One Voice" which recognized her commitment to the fight against breast cancer.  Baltimore Magazine has honored her for her strength, character, and commitment to helping others.  The magazine named Harriet as one of "Baltimore’s Most Powerful Women" in 1997.  The Rotary Club of Woodlawn-Westview honored her with the “Community Volunteer of the Year Award” in recognition of exceptional dedication and commitment to the community.

Harriet continues to serve as a resource for newly diagnosed breast cancer patients, offering support and personal insight into treating and surviving the disease. QVC honored Harriet in a video for FFANY’s (Fashion Footwear Association New York) event that raises funds for breast cancer research. In 2009, Harriet was named to the Maryland Women’s Hall of Fame. 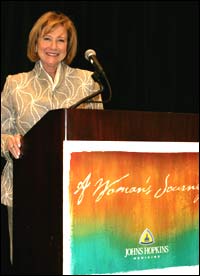 Mollye Block survived cancer as a young woman—an ordeal that showed her the need for women to better understand the health issues they face. This prompted her in 1995 to co-develop A Woman’s Journey, Johns Hopkins Medicine’s annual women’s health conference. Along with fellow cancer survivor and Hopkins colleague, Harriet Legum,  Mollye helped create this event that today features more than 30 Hopkins faculty members and draws 1000 participants.

An expert on women’s health issues, Mollye has served as the director of the state of Maryland’s Women’s Health Program for the Department of Health and MentalHygiene, between 1997 and 2006, where she was selected by the secretary of health to establish a program to help keep women and their families healthy. Prior to her role as director, she served as the executive assistant to the secretary of health.  A dedicated community advocate and educator, Mollye is an established special education counselor with broad experience teaching and working with children, adolescents, families and couples. In addition, her private practice spanned from 1978 to 1997 and focused on educational testing, with specialization in adult dyslexia.

Mollye’s involvement in nonprofit organizations includes serving as a founding  member of Baltimore’s Odyssey School for children with dyslexia. She also has served on the Special Task Committee for the Woodborne Foundation and School, Mayor White’s Task Committee of the Future of Cleveland Public Schools, and theHoward University School of Public Health Leadership Council.