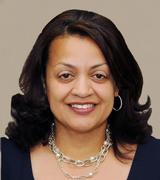 Plater is also a faculty member in the Department of Health Policy and Management at the Johns Hopkins Bloomberg School of Public Health, where she teaches courses related to human resources issues. She previously taught at Georgetown University's School of Nursing and Health Sciences and also served as an academic preceptor and executive mentor in the university's health systems administration program.

In June 2016, Plater was appointed by the D.C. Mayor’s Office of Talent and Appointment as a member of the Workforce Investment Council. She is also co-chair of human resources for the District of Columbia Hospital Association. She previously served as commissioner for Community Services Reimbursement Rate.

A resident of Bethesda, Maryland, Plater received her bachelor’s degree in organizational management from Washington Adventist University in Takoma Park, Maryland, and a master’s degree in applied behavioral science from The Johns Hopkins University.