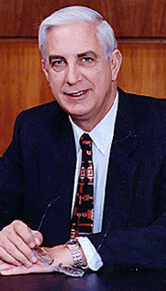 His appointment followed a year-long national search for the first-ever CEO of Johns Hopkins Medicine, a then-new organization that formally integrated operations and planning of the school of medicine with the Johns Hopkins Health System and hospital to ensure their continued preeminence in education, discovery and patient care.

As CEO, Dr. Miller was responsible for both the school and the health system and reported directly to the university president and the chairman of the board of Johns Hopkins Medicine.

As part of Dr. Miller’s vision to improve access through the development of a regional, integrated health care delivery system, Howard County General Hospital, strategically located between Baltimore and Washington was acquired and integrated into Johns Hopkins Medicine.

Dr. Miller also led the effort to integrate Suburban Hospital and Health System in Bethesda, Maryland, Sibley Memorial Hospital in Washington, D.C., and All Children’s Hospital in St. Petersburg, Florida, into Johns Hopkins Medicine. These partnerships are key given Suburban’s proximity to the National Institutes of Health and the Washington, D.C. metro area, Sibley’s long history of providing health care in the nation’s capital, and All Children’s strength as a regional referral center for pediatric specialty care. In addition, several highly successful suburban outpatient centers were constructed and strategic affiliations were formed with other area hospitals under Dr. Miller’s leadership.

Under Dr. Miller’s leadership, Johns Hopkins Medicine also broadened its international presence to include relationships with hospitals and other health care-related institutions in the Americas, Europe, the Middle East and Asia, including an agreement to help Malaysia develop its first fully integrated private four-year graduate medical school and teaching hospital.

He also became Johns Hopkins Medicine’s chief fundraiser, presiding over a campaign that brought in $2.2 billion, more than any other academic medical institution has attracted in a single campaign.

One of his most significant accomplishments as Dean/CEO were the massive rebuilding and renovation projects that transformed the East Baltimore medical campus into a medical center where the most modern of buildings sit among the most historic.

The jewel in the crown of this campus revitalization effort was one of the largest hospital construction projects in the nation – two new state-of-the-art hospitals for adult and pediatric patients. Other important campus construction projects completed under Dr. Miller’s tenure include clinical and research buildings for the Sidney Kimmel Comprehensive Cancer Center, the Edward D. Miller Research Building, the Anne and Mike Armstrong Medical Educational Building, and the new Robert H. and Clarice Smith Building that is part of the Wilmer Eye Institute.

To maintain Johns Hopkins Medicine and the City of Baltimore as key players in the biotechnology industry, Dr. Miller assisted the city and state in its development of the East Baltimore Life Sciences and Technology Park that is currently serving as the linchpin for redevelopment of a deteriorating neighborhood near the campus.

Commitment to Safety and Diversity

During his tenure, Dr. Miller strengthened the institution’s historic commitment to patient and research volunteer safety. He established the Center for Innovation in Quality Patient Care and implemented a host of related initiatives to improve patient safety, ranging from implementation of an automated computer prescription system that helps prevent errors in ordering medications to a functional unit-based program that pairs senior level JHM executives with health care providers to identify and resolve safety issues. These safety programs have been emulated nationally and internationally.

Dr. Miller also directed the implementation of a diversity initiative that places diversity and inclusion alongside excellence, integrity and collegiality as core fundamentals within Johns Hopkins Medicine.

Creation of the Genes to Society Curriculum

Under Dr. Miller's direction, a new school of medicine curriculum, Genes to Society, was developed and introduced, representing the first wholesale academic overhaul at the school in two decades. The curriculum, nearly six years in the making, centers on advances in understanding of the human genome and will feature new courses and modified existing ones.

An anesthesiologist who has authored or co-authored more than 150 scientific papers, abstracts and book chapters, Dr. Miller joined Johns Hopkins in 1994 as professor and director of the Department of Anesthesiology and Critical Care Medicine and was named interim dean of the school of medicine in 1996. He came to Hopkins after eight years at Columbia University, where he served as professor and chairman of the Department of Anesthesiology. Prior to that, he spent 11 years at the University of Virginia.

Dr. Miller’s research focused on the cardiovascular effects of anesthetic drugs and vascular smooth muscle relaxation. The recipient of an NIH Career Research Development Award, he has served as president of the Association of University Anesthesiologists, editor of Anesthesia and Analgesia, and editor of Critical Care Medicine. He served on the board of the International Anesthesia Research Society and was chairman of the FDA’s Advisory Committee on Anesthesia and Life Support Drugs.

Born in February 1943 in Rochester, N.Y., Dr. Miller received his A.B. from Ohio Wesleyan University and his M.D. from the University of Rochester School of Medicine and Dentistry. He was a surgical intern at University Hospital in Boston, chief resident in anesthesiology at Peter Bent Brigham Hospital in Boston, and a research fellow in physiology at Harvard Medical School. He also spent a sabbatical year as a senior scientist in the Department of Pharmacology and Physiology of Hospital Necker in Paris.

He and his wife, Lynne, are the parents of four adult children.