Biomedical scientists at The Johns Hopkins University School of Medicine have won a $750,000 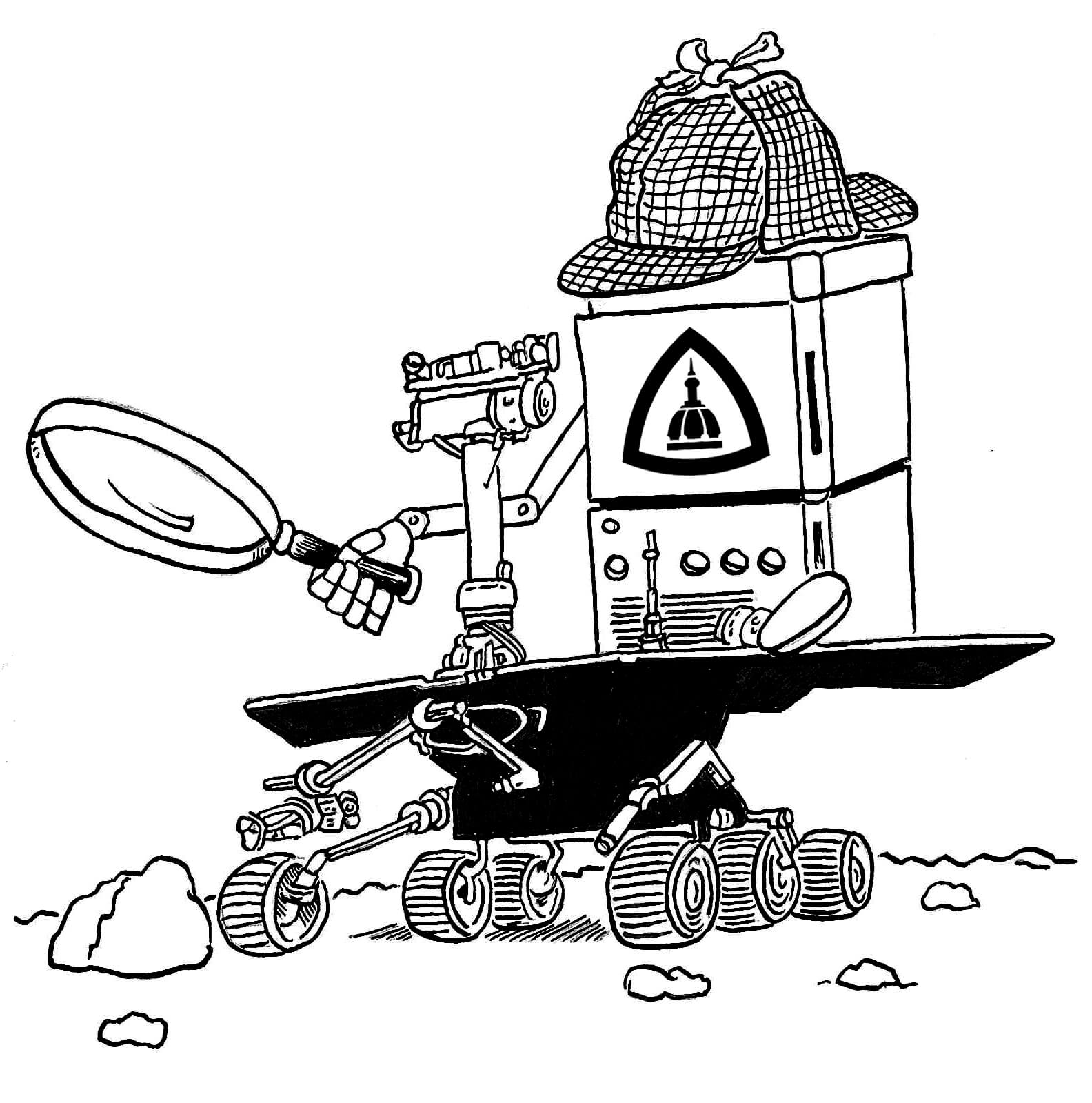 NASA grant to design the prototype for a mini mass spectrometer that fits on a Mars Rover and can analyze the chemicals of life as it crawls over the Red Planet’s dust.

Pharmacologist and molecular scientist Robert J. Cotter, Ph.D., says a team including specialists from Johns Hopkins’ Applied Physics Laboratory (APL) and the University of California at Santa Barbara are designing the tailored mass spec to probe Mars core samples for evidence of proteins or genetic information-carrying nucleic acids in a mission scheduled to launch in 2013.

“What a mass spectrometer can identify are chemical signatures of life or the building blocks of life that may have at some point existed on the Red Planet,” says Cotter, a professor in the School of Medicine at Hopkins, who developed the design concept for the specific type of mass spectrometer, known as a low-voltage ion trap mass spectrometer, that will be used in this mission.

Mars, like Earth, is one of four so-called terrestrial planets with a metal core and rocky surface in Earth’s solar system. Researchers hope that by studying Mars’ past and present biological potential they can better understand how life started on Earth as well as Mars’ habitability.

The assignment is a natural for Cotter, who for almost 30 years at Hopkins has been designing and improving mass spec’s ability to measure a chemical’s mass (size and weight). Every protein is composed of chemicals with a distinct “mass” profile, which can be used to deduce the contents of an unknown sample.

“Where once we had to use pure samples to get a reading, we are now beginning to look at whole cells, which contain thousands of different proteins, and get a catalog of what’s in the mix,” says Cotter of how mass specs have improved.

While getting better, the tool has gotten smaller as well, he adds. “Original versions where just so big and took up so much space that it was impossible to do much else in the lab,” says Cotter, who adds that the components now can fit into a machine the size of a mini-fridge. For a mass spec to be able to sit on a Rover for travel via rocket all the way to Mars, Cotter and his team face the challenge of designing a new one the size of a shoebox.

“It’s going to be tough, not only to miniaturize all the intricate functions but to build the instrument to survive the harsh travel conditions en route and the environmental conditions once it lands,” says Cotter. Mars is dusty, he says, which could interfere with fine machinery and circuitry.

True to his medical school base, Cotter’s interest in mini mass specs is not limited to the search for Martian life. The devices hold promise as powerful diagnostic tools, he says, and may someday be used in the clinic.