Johns Hopkins scientists have found that a method they developed to screen body fluids for certain kinds of cells and some of their genetic blueprint is twice as accurate at spotting breast cancer cells as a pathologist’s view with a microscope. 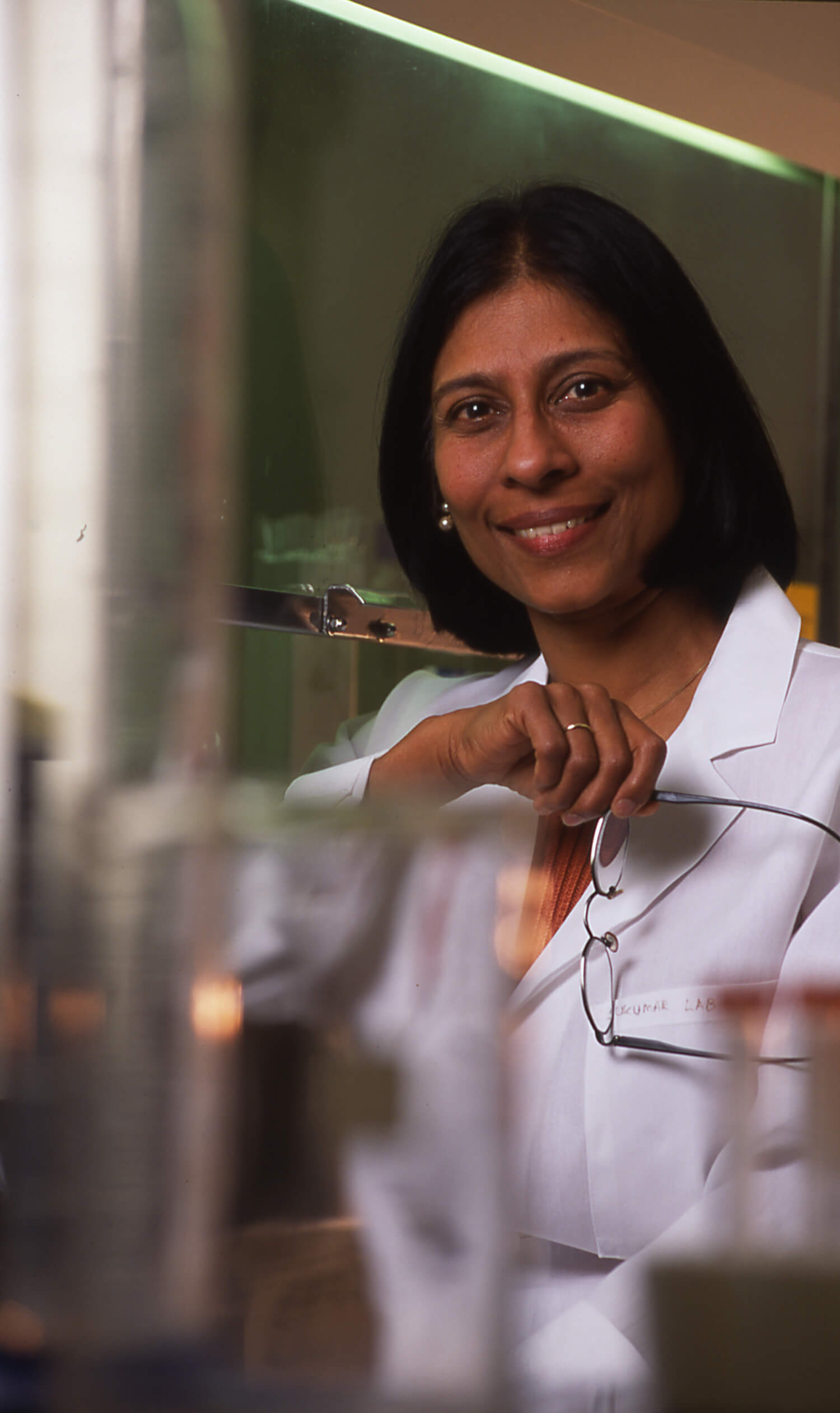 The screen, developed by Sara Sukumar, Ph.D. and Mary Jo Fackler, Ph.D., first separates cells from fluid, then sifts through the cells’ DNA for chemical tags on certain genes associated with cancer.

Reporting in the June 1 issue of Clinical Cancer Research, the scientists say they have tested their screening tool on breast fluid, in search of cells shed from growing tumors.

“This screening method can see what the eye cannot see,” says Sukumar, who is the Barbara B. Rubenstein Professor of Oncology at the Johns Hopkins Kimmel Cancer Center.  “It can be a valuable tool, in combination with pathological review, for breast cancer as well as other diseases where fluid can be obtained relatively easily, such as lung, head and neck cancers, pancreatic and cervical cancers.”

Pathologists look for telltale shapes of cells to determine if cancer is present, but molecular changes in cells, especially for early cancers, are beyond the reach of even the most powerful microscopes.

Sukumar’s test searches for unusually high amounts of chemical tags embedded by a process called methylation within critical regions of DNA.  The tags attach to the “on” switch of genes which starts the message-manufacturing process.  Cancer cells have abnormal levels of methylation, which turns the gene switch off halting the assembly line of critical proteins found in normal cells.

The Hopkins test, called quantitative multiplex methylation-specific PCR or QM-MSP, determines the percentage of methylation present in each of five to ten cancer genes.  The percentages are added together for a cumulative score, which is compared to a threshold value.  Levels above the threshold indicate the potential presence of cancer cells and below threshold suggests that the samples are normal.

In the study, Hopkins researchers compared the cancer-detection rates of their QM-MSP test versus microscopic review by a pathologist on breast fluid samples.  The fluid samples, taken from high-risk women or those diagnosed with breast cancer, were obtained through a process called ductal lavage, a saline wash via a catheter threaded through openings in the nipple leading to the vast network of breast ducts.

Cytopathologists correctly identified seven of 21 (33 percent) fluid samples containing cancer, and ruled out the disease in nearly all cases negative for cancer (92 of 93 samples, 99 percent).  QM-MSP doubled the cancer detection rate to 71 percent by spotting 15 of 21 samples known positive for cancer.  Of 76 samples negative for cancer, QM-MSP concurred on 63 (83 percent).

“Now that we know the screening tool is effective in finding cancer cells within breast duct fluid, we need to improve the accuracy of obtaining the fluid,” says Sukumar, who believes that their gene screen may miss cancers if they overlook any hidden breast ducts.

Improvements in getting an accurate representation of fluid from all the breast ducts are underway by other investigators, and include using sound waves to locate all the ducts.