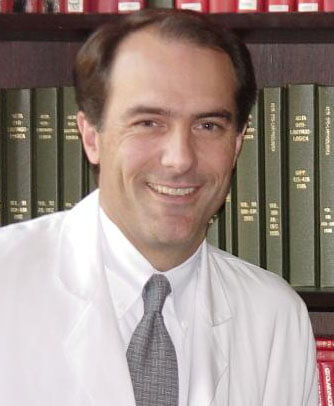 techniques for removing tumors in the airway and on the use of botulinum toxin to restore voice strength, will be formally named the first Charles W. Cummings, M.D., Professor at a ceremony today at 4 p.m. on the institution’s East Baltimore medical campus.

The event marks the first new professorship in The Johns Hopkins University Department of Otolaryngology-Head and Neck Surgery since 1998 and is only the fourth of its kind in the department’s nearly century-long history.

“This is a tremendous honor for Paul Flint and a fitting tribute to his groundbreaking work in minimally invasive treatments for head and neck cancers, gene therapy for laryngeal paralysis, and treatments for rare voice disorders, such as spasmodic dysphonia,” says Edward D. Miller, M.D., dean of the medical faculty at Hopkins and chief executive officer of Johns Hopkins Medicine.  “Flint’s leadership in the field explains why he has built up one of the largest centers in the country for treating these specialized diseases.”

The professorship is named for the immediate past chairman of the department and Flint’s mentor at Hopkins.  More than 330 donors contributed in excess of $2.2 million over a period of five years to fund its establishment, the highest number of donors to ever support a philanthropic goal within the department.  “The generosity of these many donors, and their appreciation of the superlative patient care given by Dr. Cummings over a decade of service warrant our commendation and celebration," says Susan Buchanan, the director of the department's development program.

Since 2000, as co-director of Hopkins’ Minimally Invasive Surgical Training Center (MISTC), Flint has worked to miniaturize and adapt surgical systems originally designed for use in abdominal surgery to the much smaller airways, advancing less debilitating means of excising cancerous tumors and suturing in such tiny spaces.  Procedures that used to take hours, he says, now take minutes.  Flint has performed 2,000 surgeries in the last five years.

In the last 10 years, Flint has also treated more than 400 patients with spasmodic dysphonia, a condition marked by spasms and loss of control of the muscles that move the vocal cords in the throat.  Current treatments involve injections of botulinum toxin into the vocal chords to loosen the muscles.

Flint began his medical research with Cummings in the 1980s, when the team began testing a new procedure to restore speech for those with a laryngeal paralysis.  Known as medialization thyroplasty, the surgical procedure makes use of a modified implant device, called the vocal cord medialization system, or VOCOM for short, to help close folds left open by paralysis.  VOCOM was the first therapy for the condition approved by the U.S. Food and Drug Administration.

“Charlie Cummings mentored Paul Flint from his early days as a medical resident,” says Lloyd Minor, M.D., the Andelot Professor and current director of the department at Hopkins.  “Paul picked up the three qualities in a physician that Charlie admired most: medical expertise coupled with compassionate care; pioneering research abilities that take the field to new levels; and recognition that medicine is a team effort in which the sum of success is greater than any individual contribution, a quality Paul now emphasizes as director of the department’s medical residents.

“I cannot think of anyone better suited to hold the Cummings chair,” he adds.

Cummings, a professor at Hopkins, served as the director of the department from 1991 to 2003, still treats patients and teaches medical students, and is the medical director of Johns Hopkins International, the organization’s global health services division.

Flint earned his medical degree from Baylor College of Medicine in Houston, Texas, in 1983, and completed his residency and training in otolaryngology at the University of Washington in Seattle in 1989.  He joined Hopkins in 1991 and rose to become director of Hopkins’ Division of Speech Language Pathology and director of its Laryngeal and Voice Disorders Center , before taking on responsibilities, in 2003, as director of the department’s residency program.