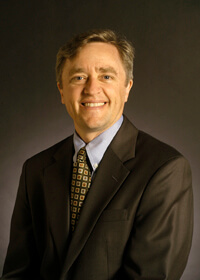 Ford will lead one of the largest clinical research enterprises in the world. For the past 13 years, Hopkins has been the number one recipient of National Institutes of Health biomedical research funding, much of which is for clinical investigation.

“Dan Ford is uniquely qualified to oversee the clinical research enterprise at Hopkins,” says Edward D. Miller, M.D., Dean of the Medical Faculty and CEO of Johns Hopkins Medicine.  “His own broad research experience helps him understand the needs of our clinician-scientists, as well as the importance of protecting patients participating in research studies.  We are extremely fortunate to have someone of Dan’s caliber to fill the shoes of Michael Klag, who developed the role of vice dean for clinical investigation.”

“One of my goals is to promote the idea of subjects as partners in research,” says Ford.  “I don’t think we have done enough to thank them for their commitment and willingness to contribute to scientific progress.”

Widely regarded as a pioneer in research associated with interrelationships between mental disorders and chronic medical conditions, Ford gained international acclaim for clinical studies documenting depression as an independent risk factor for coronary heart disease and describing long term health risks related to sleep disturbances.  Recently he was selected by the Robert Wood Johnson Foundation to direct the evaluation of its $12 million Depression in Primary Care Initiative, and he is one of a handful of generalists who have served on National Institute of Mental Health clinical review groups. Additionally, Ford has been the Principal Investigator for 12 years of a training grant to develop researchers in general internal medicine.

A leader in using the Internet for clinical research, Ford also worked with the Hopkins group that developed e-IRB, an electronic process for submitting proposals to the Institutional Review Board.

Ford came to Hopkins in 1982 as a medical resident and, except for a brief time as a National Institutes of Health fellow, has been on the faculty ever since. He joined the Division of Internal Medicine faculty in 1988 and has joint appointments in Psychiatry at the School of Medicine and in Epidemiology and in Health Policy and Management at the Bloomberg School of Public Health. He has more than 120 publications and book chapters to his name, and was associate editor of the Journal of General Internal Medicine and a member of the editorial board of General Hospital Psychiatry.

In addition to his accomplishments in clinical work, research and teaching, Ford has served Hopkins in several administrative capacities.  He was director of the University Health Service for 12 years and a member of the oversight committee for the preventive medicine and occupational medicine residency programs. He served on the Committee for Faculty Development and Gender, has been a member of the Admissions Committee for the School of Medicine, and for ten years was on the General Clinical Research Center protocol and advisory committees.  He also directs the Health Information Management Group that oversees use of the Hopkins brand name for commercial health information products targeted for the lay public.